Anthony Callea Update: What’s The Singer Doing Now? As we mentioned back in 2014, he was engaged to his then boyfriend Tim Campbell. They went on to get themselves hitched and they remain a very happy couple. Here are some pics we grabbed from nowtolove.com.au which reported last year that the two are enjoying domestic life. 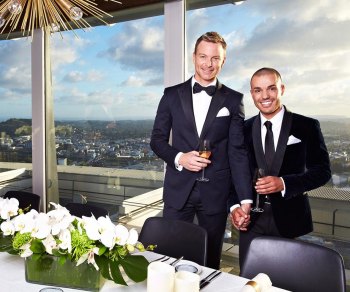 In an interview with said site, here’s what Anthony tells us how their marriage is working: “I think it’s really important to be in tune with each other. It’s not easy all the time, especially in the field we work in. We spend a lot of time at home with each other, which can sometimes be a little bit testing. I think it’s a very unique situation to be in and it’s a really beautiful relationship.” 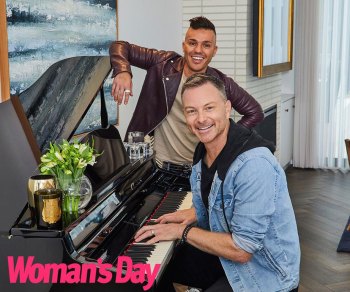 And here’s what Tim says about the matter: “You work at it to make it easier. We never want to walk on eggshells with each other. We’re fairly open and lay our cards on the table. We’re very transparent. Sometimes you don’t want to have those conversations about exactly what you are feeling and why. But it’s even worse to let those things fester.”

And here’s a shirtless pic back from when Anthony was just starting his career in the biz: 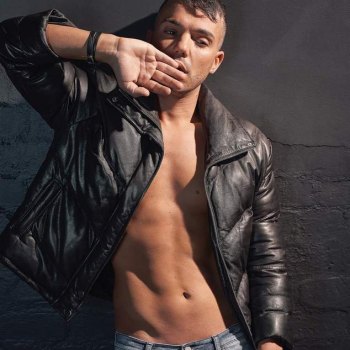 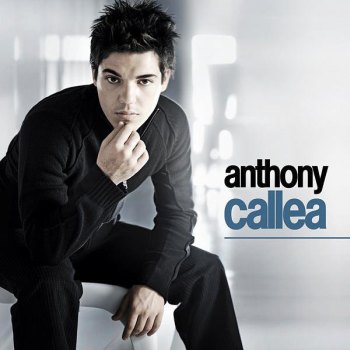 …..
Anthony Callea Tim Campbell Wedding (10 September 2014). After Neil Patrick Harris and David Burtka, who will be the next gay couple to say their “I Dos”? Well, it looks like its going to be singer Anthony Callea and actor Tim Campbell. The Aussie couple got engaged two weeks ago. 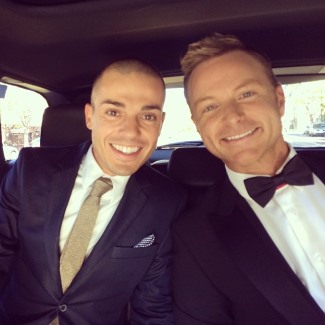 From Woman’s Daily: “Star couple Tim Campbell and Anthony Callea have excitedly announced that they are tying the knot! Together for seven years, the pair had told their family and friends that marriage wasn’t on the cards, but surprised everyone by announcing they are getting married! ‘I thought, Actually, I do want to marry you – but I don’t want to get down on one knee!’ an ecstatic Tim, 38, told Woman’s Day exclusively. While many make plans towards the perfect proposal, Tim and Anthony decided to tie the knot while sharing some wine during a quiet night at home.”

…..
Anthony Callea Shirtless and Underwear Photos. Which version of Anthony do you prefer: the bald one or the one with hair? We like him with hair. Baldness reduces his hotness by three points. Haha. 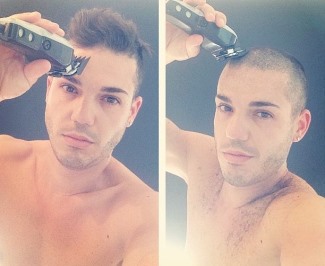 A glamor photo of a part shirtless Anthony. 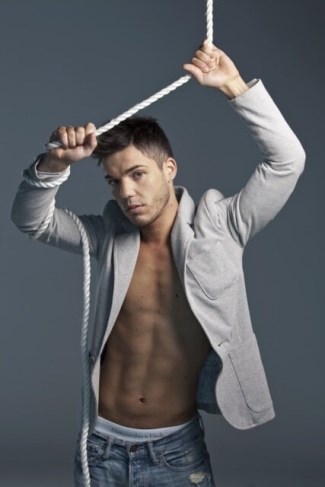 The Aussie singer in his Speedos. 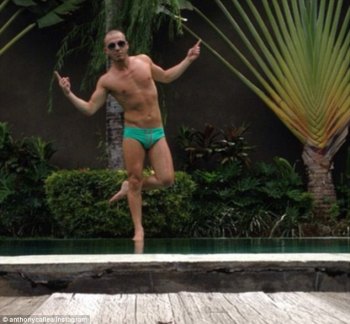 Tim Campbell Shirtless Photos. Let’s check out some shirtless pics of Anthony’s soon-to-be-husband, Tim Campbell. These are screencaps from his TV show, Home and Away. 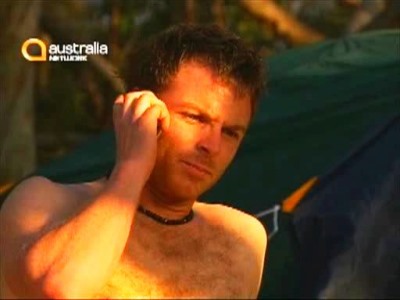 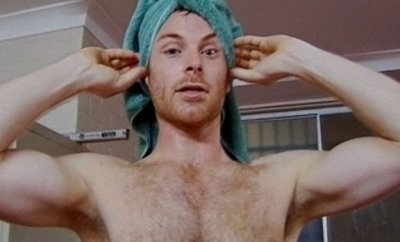 That’s it for now, Famewatchers. We’ll update this post when the two gets married which, we hope, will happen sooner rather than later. [Photos from Tim Campbell (@timcampbelltwit) and Anthony Callea’s (@anthonycallea) Instagram accounts.]