Anthony Bourdain’s Tag Heuer Quartz Chronograph Watch. What watch does celebrity chef Anthony Bourdain use to keep track of what he’s cooking? We’d like to think that he uses a Tag Heuer watch like the quartz chronograph he’s seen wearing here. 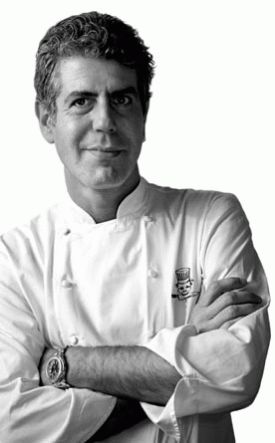 For those of you not familiar with him, Anthony Bourdain is a television personality in the United States. He hosts a culinary show called No Reservations for which he won a Creative Arts Emmy Award for Outstanding Cinematography for Nonfiction Programming. He’s seen wearing his Tag Heuer Quartz Chronograph watch in practically all the episodes of No Reservations. 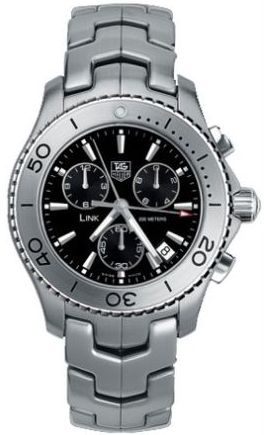 Aside from TV hosting, Bourdain is also a published writer. He is most known for Kitchen Confidential: Adventures in the Culinary Underbelly published in 2000 but he also published other books both fiction and non-fiction alike.

UPDATE (20 August 2011): Hehe. Anthony has sparked a kitchen fight between himself and one of our favorite cooks, Paula Deen.

We don’t know why he lit the fire but here’s what he supposedly said about Paula during an interview with TV Guide (via People Magazine): “The worst, most dangerous person to America is clearly Paula Deen. She revels in unholy connections with evil corporations and she’s proud of the fact that her food is f—— bad for you. Plus, her food sucks.”

Kinda uncalled for, no? In response, here’s what Paula said according to People: “I was actually kind of shocked considering I’ve never met Anthony,” and wondering why “such harsh words could be used. I don’t know if it was a publicity thing of if someone had just peed in his bowl of cereal that morning and he was mad. Anthony, dear, I’m so sorry you feel that way.”