The Diary of Anne Frank Movie: A Disney Remake? Disney, producer of feel-good and kid-oriented movies is diversifying its movie offerings. It’s reportedly producing The Diary of Anne Frank movie which is neither feel-good nor kid-oriented but more properly belongs to the genre of historical, spy, war and, probably, horror movies. And its a movie too about the suffering of the Jews which Hollywood churns out regularly unfortunately giving the impression that the Jews have a monopoly on suffering.

Hello Hollywood, other peoples suffer too. What about making movies about them — like say, the minority peoples in China, people in Darfur, and the Palestinians in the occupied territories. What? You don’t want to? The suffering of other people does not sell as well as the suffering of the Jews? Argh! 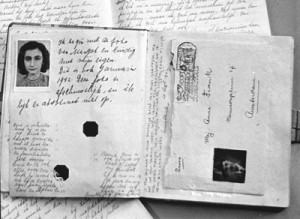 Anyhoo, back to the Anne Frank movie, it is of course based on the diary of Anne Frank herself but it will be adapted for the screen by award-winning playwright David Mamet who will also reportedly direct.

No word yet on who will play Anne Frank, may we suggest The Orphan’s Isabelle Fuhrman.

Incidentally, a movie entitled The Diary of Anne Frank was made in 1959 with Millie Perkins as Anne Frank. The film won three Oscar Awards: Best Actress in a Supporting Role for Shelley Winters, Best Art Direction, and Best Cinematography (Black and White) for William C. Mellor. The film also won a Golden Globe award for Best Film Promoting International Understanding (apparently, there’s such a thing). 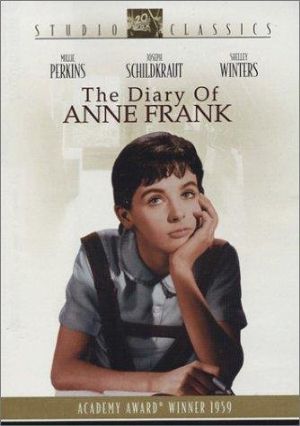 Millie Perkins, that’s her in the poster above, is apparently still active having appeared in the television series The Young and The Restless as late as 2006. Wouldn’t it be cool if Millie and some of actors of the 1959 version are cast in the Disney remake?

IMDB lists the supposed remake as still “In Development” so we have no idea yet on who is going to star as Anne Frank as well as the supporting cast. We’re still hoping they’ll get the Orphan Girl, Isabelle Fuhrman.