Angelina Jolie Red Carpet Dresses: Oscars and Other Awards. Angelina Jolie wears a Versace dress to the recent New York premiere of her movie, The Tourist. The film, which co-stars Johnny Depp, may not be faring well in the U.S. box office but Angelina continues to dazzle. 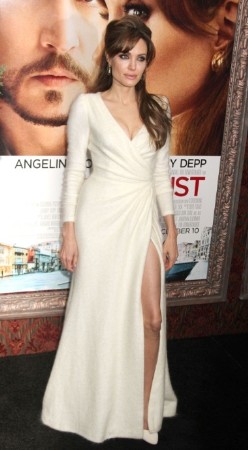 It’s nice to look at Brad standing by her woman, no? All that talk last year about Brangelina splitting was just made up by the tabloid press encouraged no doubt by a Friends has-been. You know who we are referring to, doncha? 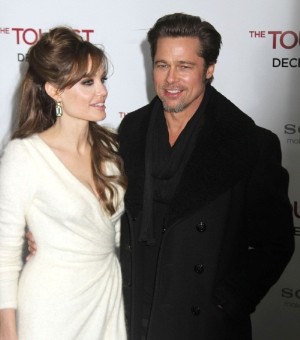 Angelina Jolie Red Carpet Dresses: What is She Wearing? A lot of you Angelina Jolie fans are looking for her red carpet dresses so we decided to update this post to give you what you are looking for. No need to thank us. We love Angie too and helping her fans is part of our mission in life. Haha.

Anyhoo, here’s what our Angelina wore during some recent red carpet events. By recent, we mean it dates back to as far as 2004, okay? Did we say 2004? Yes we did. Here’s Angie looking like the badass girl that she is in a Celine long-sleeved above-the-knee mini-dress. 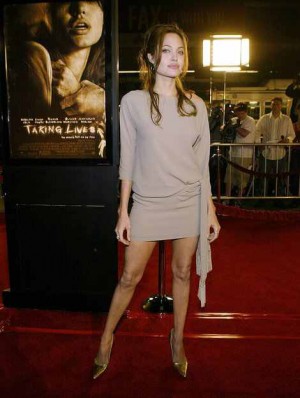 That same year, Angie wore this Jill Stuart embellished dress from the Jill Stuart Fall/Winter 2004 collection at a movie premiere. At this stage, Angie is going through the “if you’ve got it, flaunt it” phase which we all go through. Unlike most of us though, she does have something to flaunt. 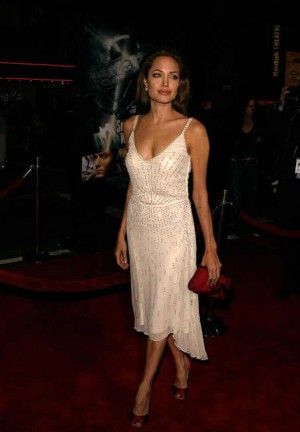 Fast forward four years later where our Angie is looking oh-so-regal in a black Elie Saab Custom-Made Silk Strapless Gown. Who’s that lucky guy beside her? 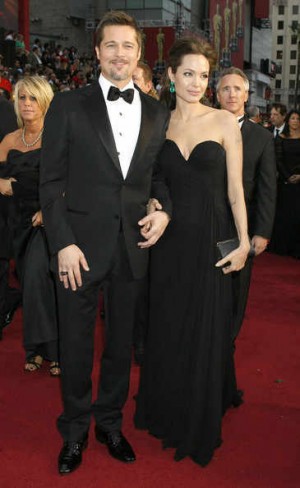 The mysterious guy continues to be seen beside Jolie at the Cannes Film Festival in France where our Academy Award-winning actress wowed her fans with this above-the-knee Balmain Haute Couture Vintage 1950’s Cocktail Dress. 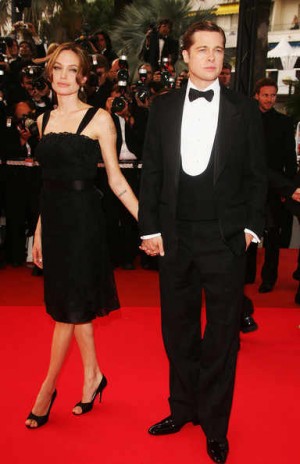 For some reason, the mystery guy is absent in this red carpet event where our Angie is wearing a yellow gown by Emanuel Ungaro. 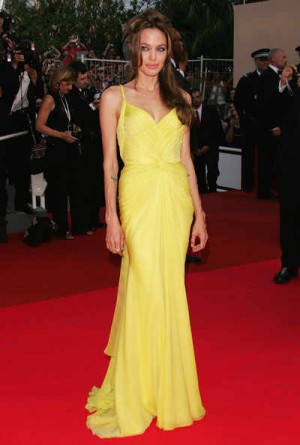 Neither is he present at the Golden Globes where our Angie is proudly displaying her acting trophy. Oh, and she’s rocking her plunging-neck paillette gown by Randolph Duke. What did we say about flaunting it? 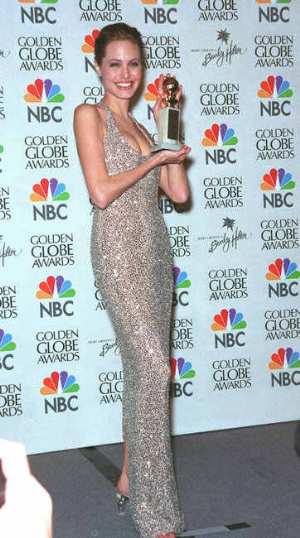 The mysterious man re-appears at a Screen Actors Guild event where our Angie is wearing a Vintage Strapless Floor-Length Dress by Hermes. 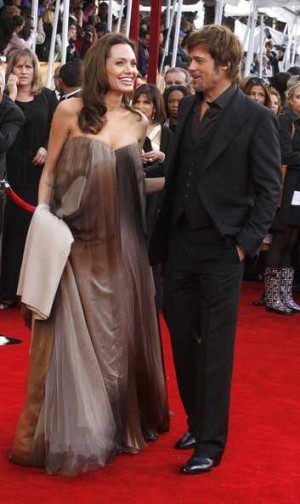 We’re not a fan of the dress because it looks like our damn curtain but we’re happy because Angie and her man look like they’re having fun. Good times, people, good times!