Andrew Watt Gay or Straight, Shirtless, and Girlfriend Rita Ora. Is Andrew Watt gay or straight? Well, despite the photo below which is very very gay — Kevin says the image reminds him of Sean Cody — the American rocker is actually very very straight. In fact, did you know that he is dating Rita Ora.

But first, here’s Andrew and his guy pal. You understand why this made them busybodies’ tongues wagging, right? 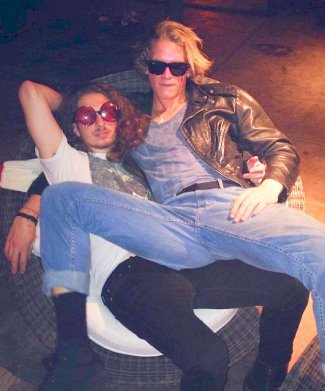 And here’s our Andrew on a date with rumored girlfriend Rita Ora: 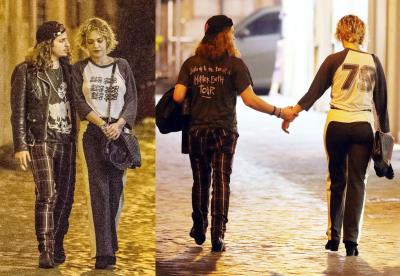 They sure look good together, don’t they? [For more celebrity couples, check out Ivana Trump and Rossano Rubicondi.] 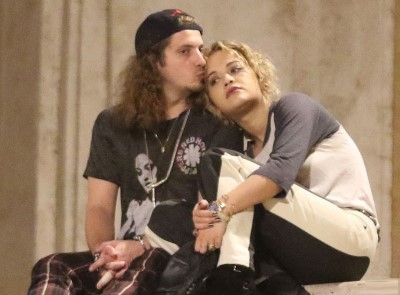 The Daily Mail reports on the date of the newest lovebirds in tinseltown:

Last week Rita was pictured snuggling up to her new boyfriend Andrew – a former guitarist for the band California Breed. The pair cuddled on some steps in Rome and the rocker even copped a feel of Rita’s derriere as they enjoyed a stroll.

Despite staying quiet on social media, the pair didn’t seem shy about packing on the PDA. The couple are said to be inseparable for the past few months, and in mid September, they were seen on a low key date after visiting a music studio together.

The singer has been linked to a host of celebrities since becoming famous. She has dated Rob Kardashian, Calvin Harris and Tommy Hilfiger’s son Ricky Hil.

Hmm, we almost forgot that pre-fame Rita was dating Rob Kardashian. Thanks for remind us Daily Mail. 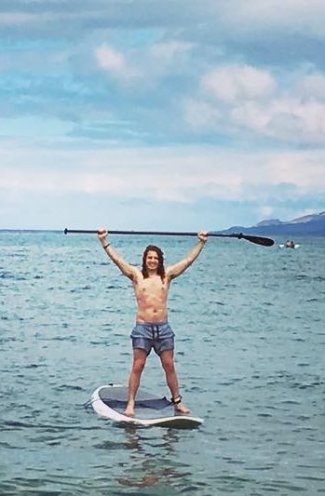 Andrew Watt shirtless and having fun at sea. 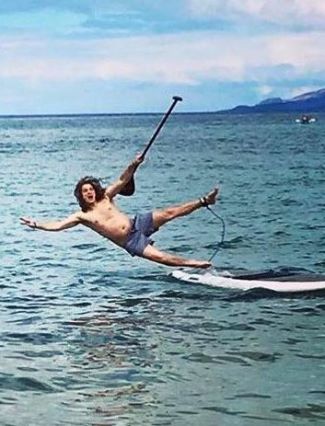 Who is hotter? A man who can rock a long hair like this?

Or one who can rock a reddish guitar?

Rita Ora is lucky because he found a man who can be both, no?