Andrew Rannells Shirtless, Underwear, and Partner. We are updating this post to note that Andrew is starring in an upcoming Netflix movie which you should check out.

It is called The Boys in the Band and is based on the stage play with the same name. Aside from Andrew, it stars other prominent LGBT actors such as Jim Parsons, Zac Quinto, Matthew Bomer, Charlie Carver, and others.

On the TV side, Andrew is one of the lead stars of the Showtime TV series, Black Monday. He plays the role of Blair Pfaff who is described by the AP as “a well-meaning Midwestern nerd who finds himself in demand by Manhattan’s top financial firms”.

The show aired its second season early this year and, to our extreme delight, it featured Andrew working out in a pair of tighty whitie underwear. Of course, we got no choice but to screencap some of of the scenes for you: 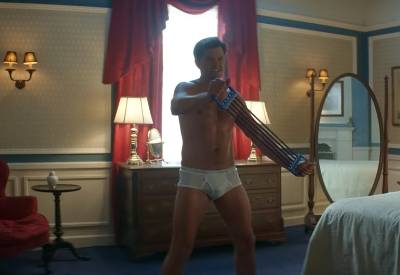 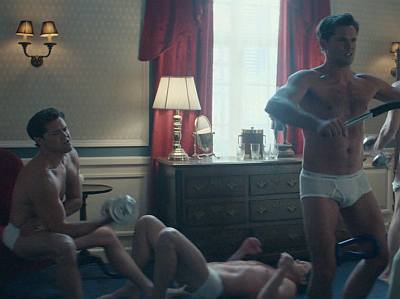 On the dating front, Andrew is in a relationship with actor Tuc Watkins who also stars in Black Monday. Here’s a photo of the couple attending an Elton John AIDS Foundation event: 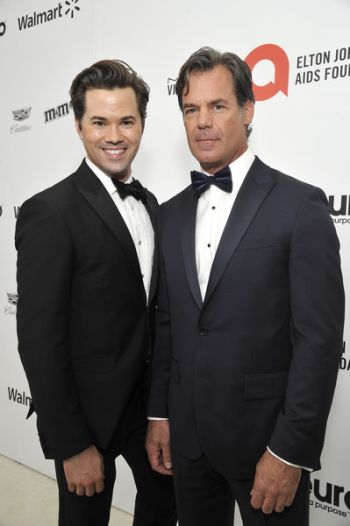 …..
Andrew Rannells Underwear and Shirtless Photos (19 September 2012). Andrew Rannells dances in his skimpy silver briefs underwear in this still cap from the R-rated comedy movie, Bachelorette, which was released two weeks ago. It’s been receiving mixed reviews (currently at 55% in Rotten Tomatoes) and its not exactly lighting up the box-office so probably the best thing about it is that we’ve got Andrew Rannells stripping to his underwear. 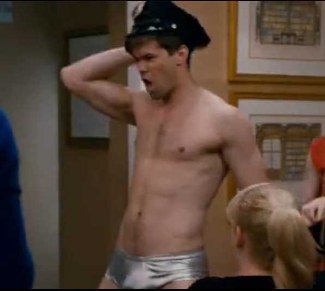 There’s nothing to dislike about that, right? 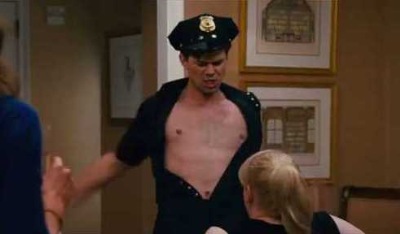 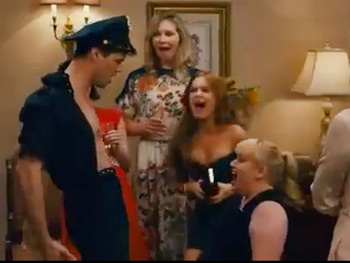 Did anyone of you watch the premiere episode of The New Normal where our Andrew co-stars with Justin Bartha? They play the role of a gay couple. All together now, Justin and Andrew sitting on a tree. Haha. We must say that there’s pretty good chemistry between the two.

The show’s looking good so far and we hope it will have a long run as a series. One thing we were surprised about is that we ended up liking NeNe Leakes. We thought we’re gonna dislike her based on the comments we’ve heard/read about her personality but we’re liking her (and her character) so far.

But enough with The New Normal, we know you want more fab photos of Andrew Rannells so here you go: 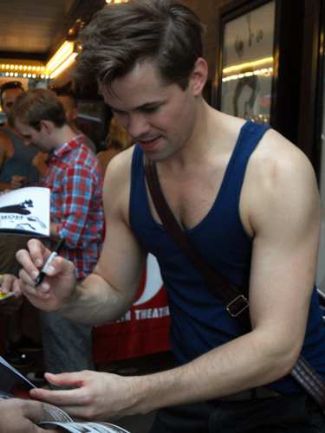 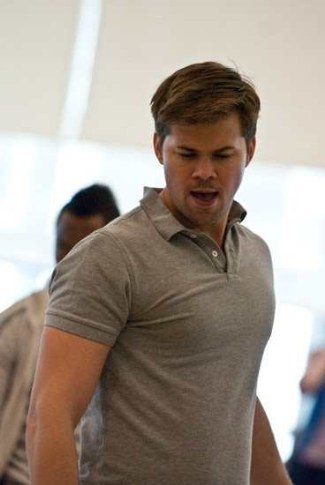 You’re looking good, Mr. Rannell. Andrew goes shirtless on stage in one of his Broadway plays (we think). 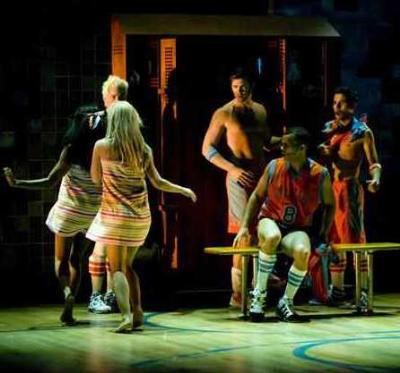 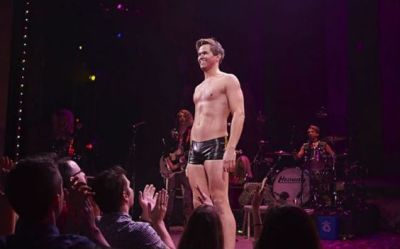 Andrew Rannells Boyfriend: Question for Famewatchers: Does anyone know if Andrew has a boyfriend? What’s the name of the lucky one? If you know the answer, do tell us in the comments. Okidoki. Update: He is dating actor Michael Doyle. Here are photos of the lovebirds from some red carpet events. 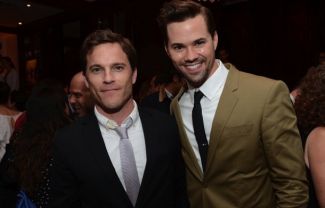 They sure look good together don’t they? 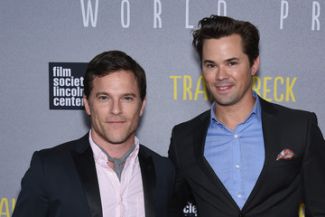