Andrew Flintoff Shirtless and Underwear Cricket Hunk. A decade later, we finally have an underwear photo of our imaginary cricket boo Freddie Flintoff who, following his retirement from the sport, is now a television and radio presenter. From what we gathered, this pic is from the set of his TV show A League of Their Own. 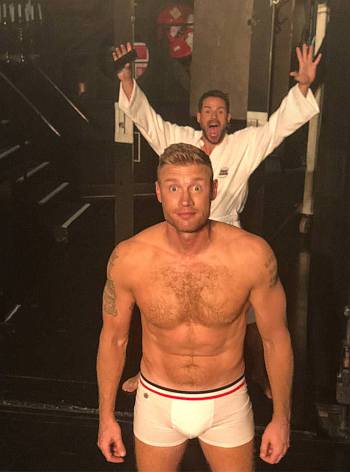 And he ain’t the only one who stripped to his underoos. Here’s a pic shared by comedian Alan Carr taken on the set of the show where our Freddie, Alan, Jamie Redkanpp, and Kevin Pietersen chucked off their pants to show off their white boxer briefs. At least, that’s what we think they are doing. Haha. 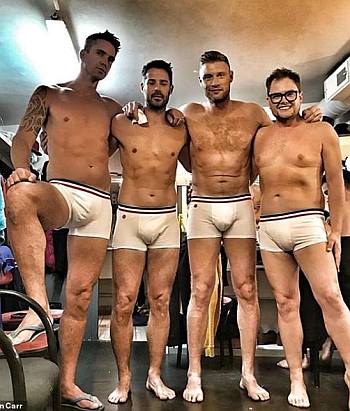 Andrew Flintoff Gay or Straight? He is straight and very much married. The TV presenter tied the knot with wife Rachel Wools 15 years ago in 2005 and are raising four kids together. Despite his straightness, you can say that our Andrew is comfortable exploring his feminine side as he posted this photo of him doing drag on his Instagram account (follow him @aflintoff11) with the following caption: “Anyone who’s says they wouldn’t are lying”. 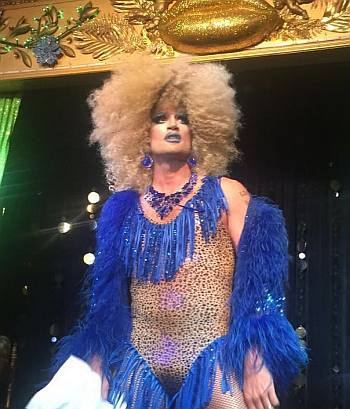 Wow. Whoever is booking the guest judges of RuPaul’s Drag Race should get him on the show. Obviously, the cricket star is also an LGBT ally. 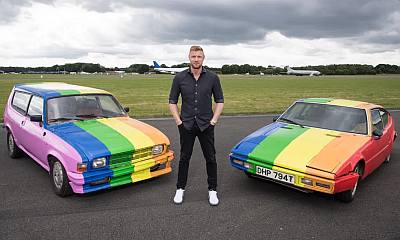 …..
Andrew Flintoff Shirtless Photos (2 February 2010). We can’t find any underwear photos of our hot English cricketeer but we do have these shirtless photos of Freddie. 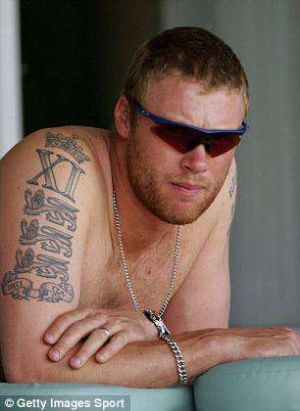 What does his tattoos mean? According to the Daily Mail, “Andrew Flintoff’s large England badge design features his Test player number (591) and one-day international number (154).” The same paper reports that Flintoff also “has the name of his wife and children etched on his left shoulder”. 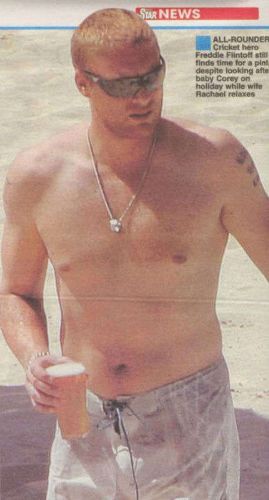 The last photo deserves a “Wowza!” 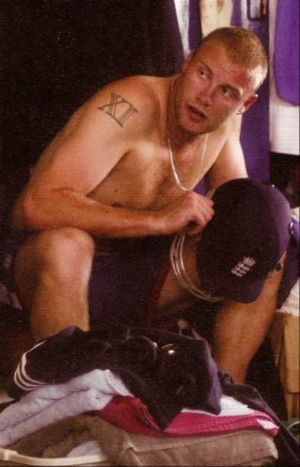 …..
Hot Cricketers: Andrew Fred Flintoff – Cricket Watch. We’ve already brought you some hot guys from the world of cricket. But here’s another one: Andrew Flintoff. He’s not only hot in the physical sense (yummy) but he’s hot in the “what did you achieve/accomplish in cricket?” sense. 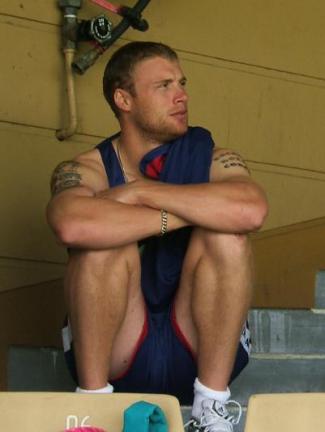 He sure is good lookin’. 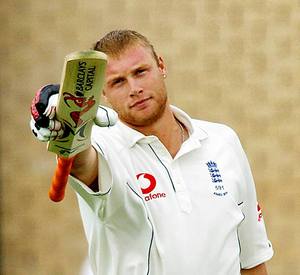 Also, as we reported earlier, he’s also superhot in the “internet and media buzz” sense after his “Freddie” victory pose caught the imagination of his country men/women who are now all doing The Freddie. 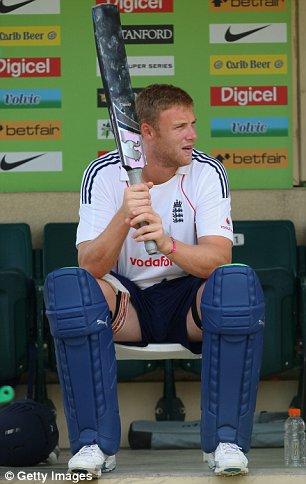 …..
Do The Freddie for Andrew “Fred” Flintoff – Cricket Watch (21 August 2009). Famewatchers, let’s join Stavros Flatly’s Dimitri and Lagi as they do The Freddie in honor of cricket star Andrew Flintoff who will lead England against Australia during the Ashes decider at The Oval in South London. 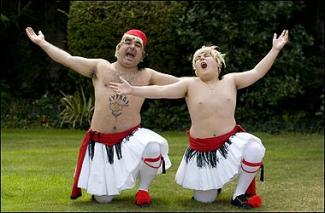 Here’s Andrew celebrating England’s victory over the Aussies last July. His stance is how being replicated by folks around the UK to show their support for the home team. Know who we are hoping will also do The Freddie? These hot cricket players, of course. 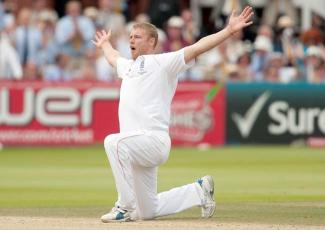