Allan Hyde Gay or Straight. Is Allan Hyde gay or straight? Well, the voters at gayorstraight.com believe that he is “quite straight”. Here’s their gaydar rating for the Danish actor:

ALLAN HYDE GAYDAR: According to 31 visitors Allan Hyde is 53% gay.However, the average gay-rating on gay-or-straight.com is 69%, which means Allan Hyde is quite straight in comparison to other celebrities on this website.

Now, although he is quite straight, Allan does not mind playing some roles where he gets to go kissy kissy with another dude. For instance, here’s Allan kissing Cyron Melville in the movie You and Me Forever. [Want more Danish Hunks?] 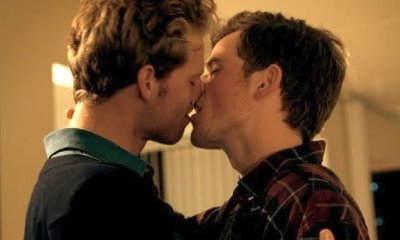 Likewise, here’s our talented Danish actor kissing Lars Brygmann in the movie Awakening about a teenage boy falling in love with his girlfriend’s father. 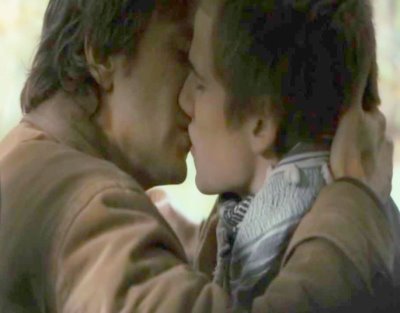 Allan Hyde in Nehru Shirt (published 30 September 2009). We’ve seen him in his Bjorn Borg underwear, now let’s check out our newest imaginary celebrity boyfriend Allan Hyde in his Nehru shirt. It’s called the Nehru shirt because it was popularized by Indian great leader Jawaharlal Nehru who was quite a hunk himself. 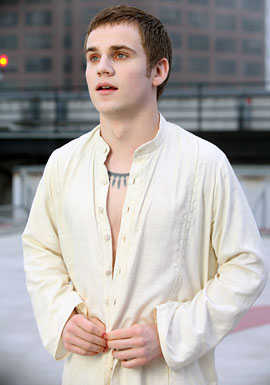 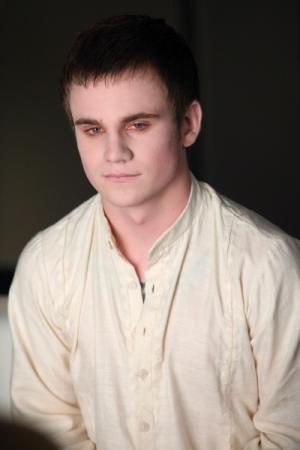 We’re sure we’re not the only ones who cried when Godric died in True Blood. There should be an internet campaign to convince the show’s creator to bring back the character, no? He’s reportedly thinking about it but he might need some convincing to actually do it. 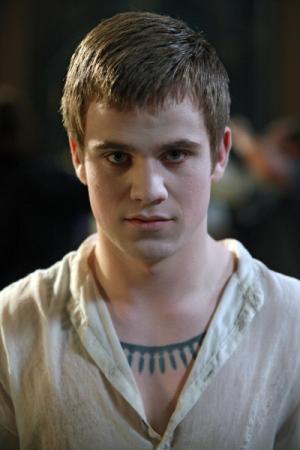 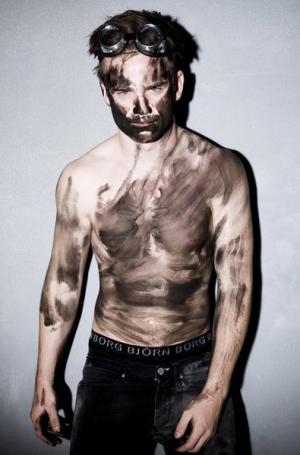 Anyhoo, here’s a shirtless Allan Hyde photos those of you who are loving this Danish cutie. 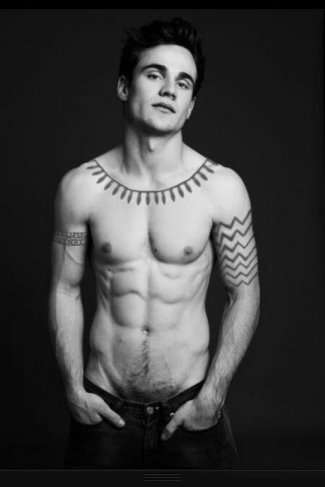