Alfonso Herrera Shirtless, Underwear, Gay in Real Life, Wife. Aside from Miguel Angel Silvestre, another Spanish-speaking actor who’s adding sizzle to the Netflix series Sense8 is Mexican actor Alfonso Herrera. The two play lovers on the show and they’re really, really good at it. Here are some photos screencapped from the show which is turning out to be one of our Netflix favorites at the moment; for those of you wondering, Organge is the New Black or OINTB is, at this time, OUR FAVORITE. 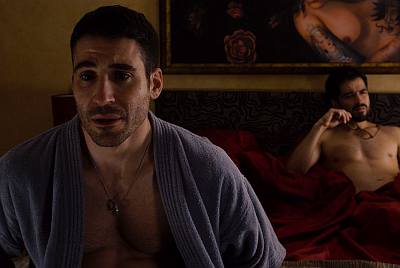 Breakfast in bed is cool and all but careful with that orange juice. 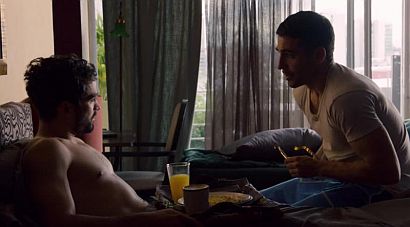 Alfonso Herrera Underwear Photos. Alfonso in boxers underwear. Screencapped from one of his earlier acting gigs. 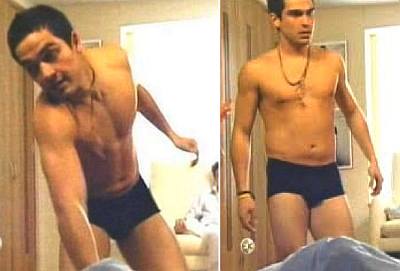 Surely, he is a boxer briefs kind of guy, no? Next pic below is from Sense8. 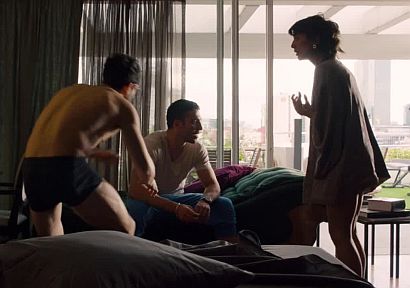 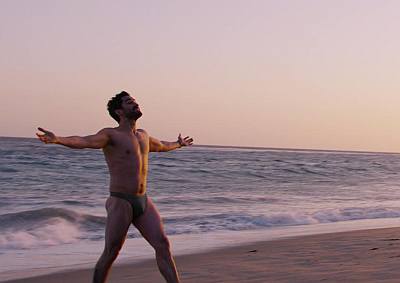 Alfonso Herrera Shirtless Young Hunk. Aww. He looks so cute and innocent in this photo which was taken years ago when he was starting his acting career. 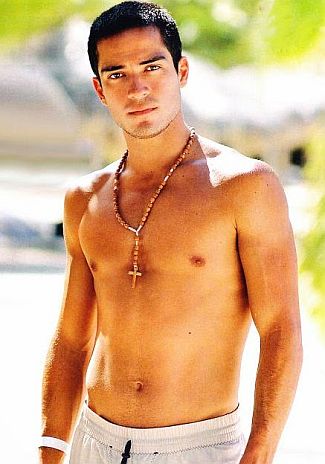 Who knew our Latino hunk has got some gorgeous curly hair? 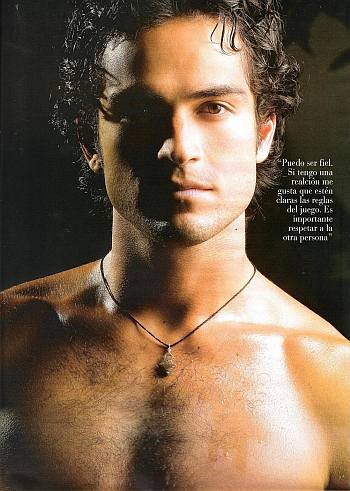 Another shirtless photo of our Sense8 star when he was younger. 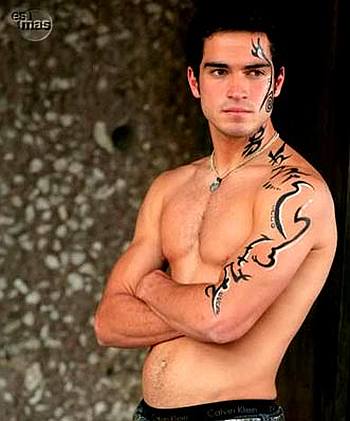 So which do you like better, the young Alfonso or his older version? Young Alfonso is cute and all but we are liking his older self much much better. There’s something about how he matured that makes him superhot instead of just hot. Hehehe. 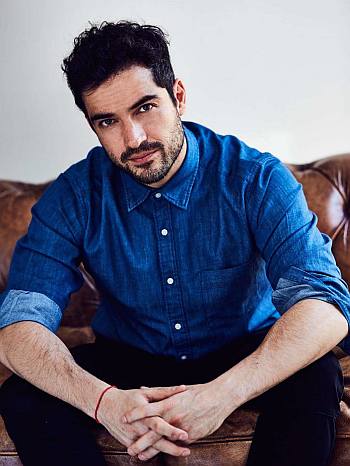 Alfonso Herrera Gay in Real Life? He and Miguel are straight according to Out Magazine. He says of his role in Sense8 (via Out): “This story comes at a unique time, not just in the U.S. but also in Mexico. I think the main hypothesis of the show is that in a certain way, we’re all connected. No matter the color of your skin, no matter your s*xual preference, no matter your religion, no matter your nationality, we’re all connected. I’m quite happy to be a part of this show with this revolutionary story and a platform that revolutionized away we watch TV with directors that revolutionized cinema.”

Alfonso Herrera Girlfriend. What is our Mexican actor’s relationship status? Is he dating? Does he have a girlfriend? Or is he married with a wife? According to dating history website famousfix.com, Alfonso’s list of ex-girlfriends include Dulce María, Claudia Álvarez, Damayanti Quintanar, and Roberta Murgo. What about his current girlfriend? Well, he is reportedly dating Perla Galvez. Here’s a photo of the lovebirds. 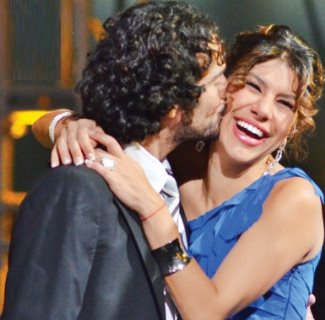 Update: He is now married to wife Diana Vazquez with whom he has a son named Daniel. The couple tied the knot in 2016. Here’s a photo of Alfonso and Diana from a red carpet event: 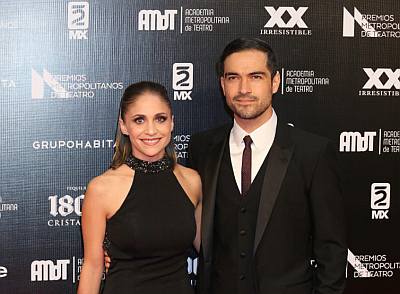