Alexander Skarsgard Gay Kissing Photos. What do movie star Alexander Skarsgard and country star Blake Shelton have in common? Well, aside from the fact that they are both famous, they also love to kiss guys. We already blogged about The Voice judge and his love for man-kissing — see Blake Shelton Underwear. Now, let’s check out these photos of Alex which shows his love for smooching other dudes.

Of course, we gotta start with our Alex giving a peck on the cheek to True Blood co-star Stephen Moyer. 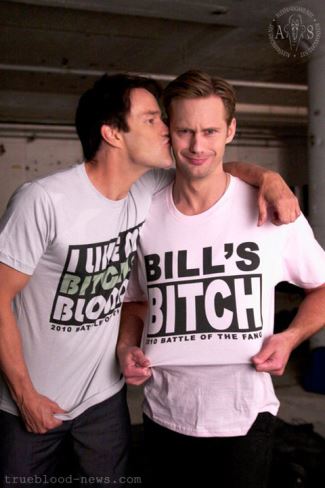 The two get huggy-huggy too in the next photo below. 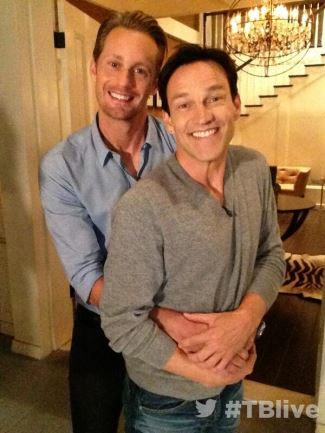 On the HBO show, Alex gets to lock lips with co-star Ryan Kwanten. The chemistry sure is there, no? 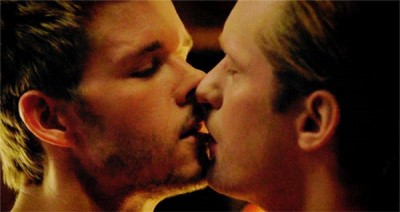 Our Alex went to the Jonathan Ross Show where he gets to kiss the chatty TV host. Lucky Jonathan. 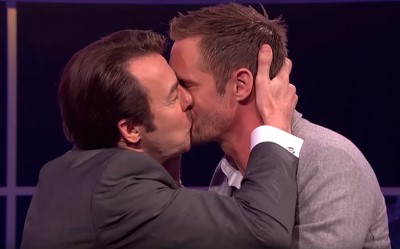 Alex with Michael McMillian. Are they on a vigil or something? What’s with the candlelight? 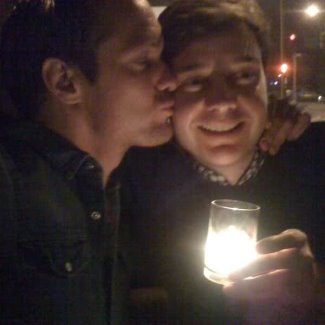 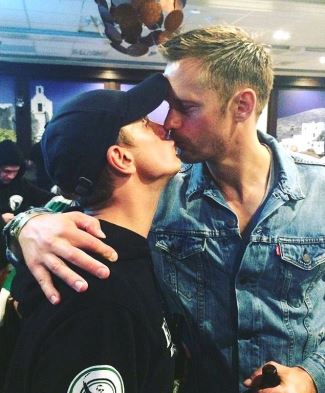 Apparently, our Alex got to kiss Christoph Waltz in his 2016 movie, The Legend of Tarzan. Unfortunately, the footage did not make the final cut because the test audience did not get it. The movie’s director David Yates talks about the deleted scene. From the Evening Standard:

According to director David Yates, a scene in which Christoph Waltz’s character kisses Alexander Skarsgard’s Tarzan was scrapped ahead of release. After showing the scene to a test audience, the director decided that it was “too clever and overworked” to make it into the finished product.

The moment occurred when Waltz’s Captain Leon Rom stood over the unconscious Tarzan. He then says to Jane, played by Margot Robbie: “Your husband’s wildness disturbs me more than I can even express.” Speaking to The Times, Yates said: “We pared it back because it was almost too much. It was this really odd, odd moment when Christoph kisses him. We loved it at the time. But early test audiences were perplexed by it and in the end it just felt too clever and overworked.”

Okay, we understand why it had to be cut but maybe Yates could release the scene on Youtube. Hehe.