Alex Reid Ladyboy Lover: Is Alex Reid Gay or Straight? Cross-dressing mixed martial arts athlete Alex Reid has got himself a Thai ladyboy named Kay Kae. Here’s a photo of Kay (via The Sun) which should explain why Alex was enamored with her (him?). Alex reportedly visited Kay several times to kiss and cuddle while he was teaching MMA in Thailand. [See Alex Reid as Cross Dresser]

Here’s a photo of Kay Kae aka The Fabulous and Gorgeous Alex Reid ladyboy lover. 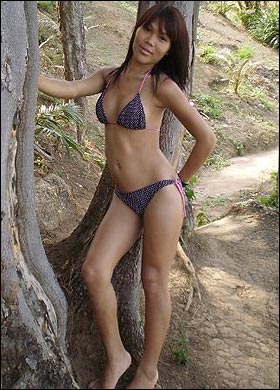 Eh Alex, you should have stuck with Kay rather than going to that old hag Jordan.

UPDATES ON ALEX REID:
Do you know that Alex is a celebrity housemate BBC’s Big Brother Celebrity edition. Here’s what we wrote in another post on what he is guaranteed to make for merely appearing on the show.

How Much Money Do Big Brother Housemates Get Paid?
In case some of you are wondering about the amount of money that Big Brother housemates receive for their participation in the reality show, here’s some figures from the current Celebrity Big Brother on BBC.

We’re glad to note that “Christian” celebrity Stephen Baldwin is getting paid six figures. Maybe he can now pay his taxes, eh?

Question: Anyone of you looking forward to the cross-dressing Alex Reid dressing up as his Roxanne alter-ego?

NOTE: Alex emerged as the winner in Big Brother so he must have made more moolah.

Let’s add MMA fighter and BBC’s Big Brother winner Alex Reid to the list of hunky and delectable men who stripped off their clothes to support Cosmopolitan Magazine’s Everyman Campaign. As we’ve noted in earlier posts, the campaign aims to increase public awareness for testicular, prostate, and other kinds of male cancer and to encourage men to get themselves examined for these hidden diseases. So have you got yourselves checked, mate?