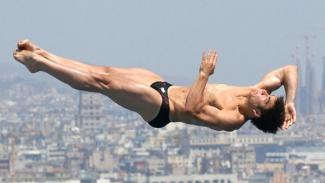 Alex won several gold medals in international diving competitions but he’s not been very lucky in the Olympics; he settled for a silver medal in Beijing. 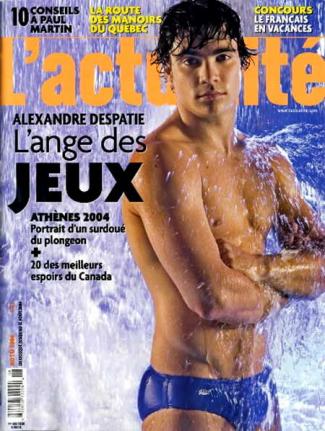 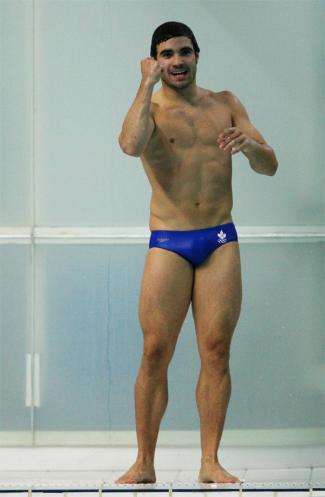 My favorite Canadian athlete, Alex Despatie won the silver medal in Beijing. I was hoping he will win the gold but maybe it wasn’t meant to be. Hopefully in London 2012. But Alex is pretty happy with his silver so I’m very happy for him too.

From CBC: “My silver medal is gold to me because of all the bad things that happened to me this year,” said Despatie. “I was able to get it together.”

Congratulations to you, Alexandre. May you continue to have a fruitful career. 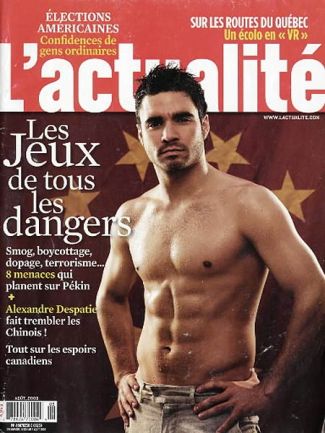 If you are like me — and I’m pretty sure you are, hehe — you just can’t get enough of Alex Despatie. So I decided to upload another cover photo of him and his awesome abs. Despatie will be going to the Olympic Games and he’s up for tough competition against the Chinese divers who happen to be the very best in the world. But Despatie just might deny China some of the Olympic gold medals they are expected to harvest. 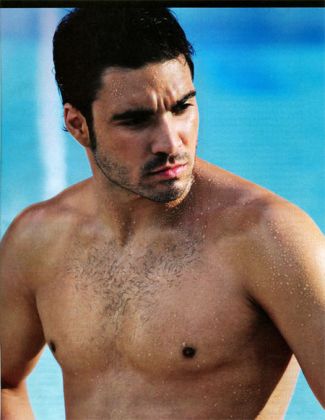 Oh wow. Canadian diver Alexander Despatie — the fantasy of every gay man — has grown. And he’s got yummy chest and facial hair to prove it. What a hunk. 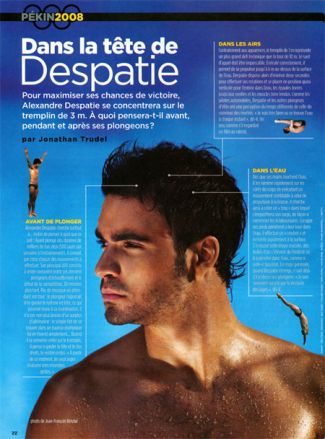 Would you agree that the Canadian diver was hot back then is actually hotter now when he got older? By the way, did you see his most famous diving pic which caught the world’s attention?

We still have to see a diver who can beat the awesomeness of that photo!