Alex Cannon Gay, Girlfriend, Shirtless Pics, and Other Stuff. Today in celebrity washboard abs, we bring you British male model who is currently appearing as a housemate on Big Brother UK. The guy sure has got some ripped,  sculpted, toned, well-defined, and whatever is is you want to describe his washboard abs. Hehe. 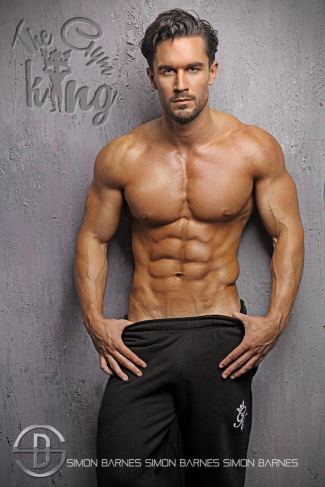 Does having abs like this make Alex Cannon gay? If you ask LGBT icon Kathy Griffin, her answer would be yes (she says only gay dudes care about having abs) but she is actually wrong in this instance because Alex is straight. 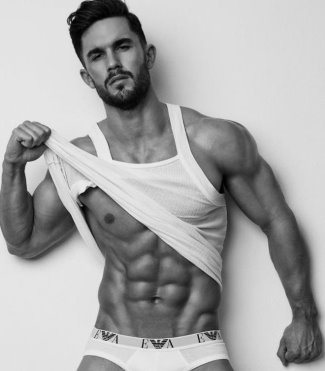 Or is he? Well, he is otherwise he won’t be entering into a marriage pact with Vicky Pattison. But then again, maybe they’re just going to be bearding for each other, no? What say you, Famewatchers? Anyhoo, the South Port Visiter has the details on Alex and Vicky’s promise to marry at a certain age:

Vicky Pattison has said she will wed Alex Cannon. Sitting on the Loose Women panel earlier today (Wednesday), the smitten-looking Miss Pattison revealed the pair have made a marriage pact.

She said: “If we’re both still single when we’re 30 we’re going to get married. But I’ve lied to him about my age so he thinks I’m younger than I am, so I’m going to get him sooner than he thinks!”

The 28-year-old says she hasn’t taken things further with Alex as she’s scared of ruining their friendship. 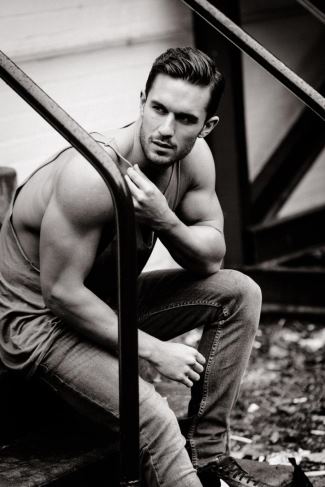 He’s got some big biceps! What’s his workout routine secrets? 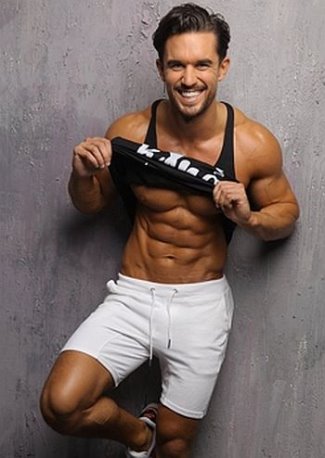 Seriously, this raising my shirt to show you my abs is the gayest thing in modeling.

So what are the chances that Alex will win Big Brother? He is one of the favorites to win according to the Liverpool Echo:

Less than 24 hours before Alex Cannon entered the Big Brother 2016 house he has been tipped as the favourite to win.

Bookies have set their odds on the Liverpool model at a best price of 11/2, making him favourite out of the 12 housemates to win the £100,000 cash prize.

The personal trainer and friend of Geordie Shore’s Vicky Pattison joined the house last night, with show’s host complimenting him on his “beautiful eyes”.

Well, we will gonna see whether said bookies are right in the coming days and weeks. By the by, see one of Alex’s above photos transformed as a shirtless/underwear pic for Alan Aisenberg.