Alex Beresford Shirtless, Underwear, Girlfriend, Parents. Want more Hot British Men? Of course you do! Which is why we are bringing you Alex Beresford and his sculpted washboard abs.

Alex, for those of you who are not familiar with him, is a weather forecaster for the ITV morning show Good Morning Britain where, during one fabulous day, he and pal Joe Swash delivered the weather report while wearing a cropped top.

What prompted them to wear this silly attire? Apparently, they were making fun of the outfit itself which was, at the time, being sold as a men’s outfit on the online store ASOS. 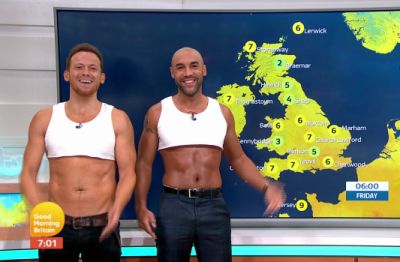 Aside from being  a jokey weatherman on Good Morning Britain (or GMB as the Brits call it) our hunky bald guy is a bit of a connoisseur of reality shows. For instance, he participated on the tenth edition of the reality show Dancing on Ice where he made it to the semifinal round (fifth among 12 contestants).

Here’s Alex looking every inch a snack in his Dancing on Ice garb. 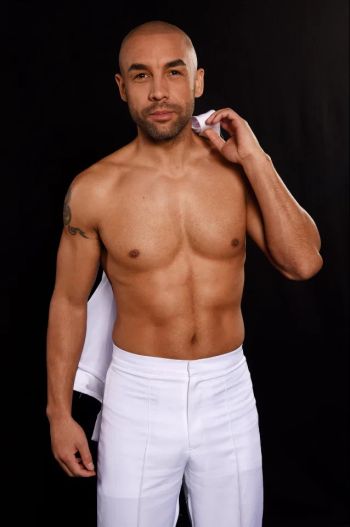 With pals Kem Cetinay, Jake Quickenden (who went on to win the whole show), Ray Quinn, and Max Evans. 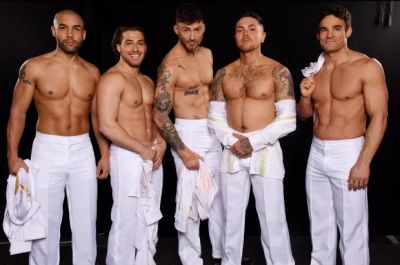 In 2019, our weatherman also pitted his muscles and ninja skills on the reality show Ninja Warrior UK. How did he do? Not bad, he actually made it to the third obstacle. 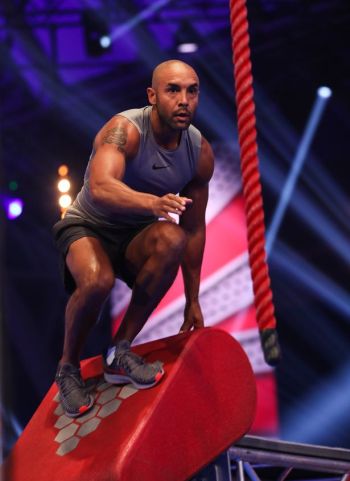 Here’s what he said after the experience: “The course was hard! I realised that it was a lot harder than it looks on television. Even the steps at the beginning, they’re weren’t easy. It looks pretty straightforward when you’re watching it. It’s only when you have a go and you realise why people fall at the first hurdle. I found that out when I did the show.”

He adds: “When I got to the steps I was hanging on for dear life because what you can’t see is that they do shake when you land on them. You’re a little bit unsteady and then they do change in height and distance from each other. So, just to get past the first bit, I was really pleased. The coins were the thing that I thought I was going to fail but luckily I went for it hammer and tong and I just ran so fast. It was a great experience but I’ve been left kicking myself.” 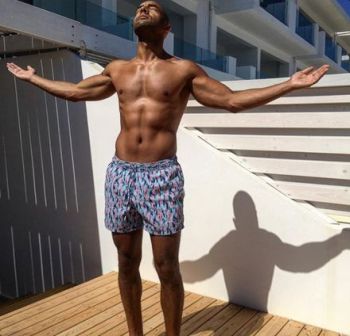 Alex Beresford Ethnicity and Parents. The ITV presenter is biracial. His dad was originally from Guyana while is mom is an English native. Here’s Alex with dad Noel: 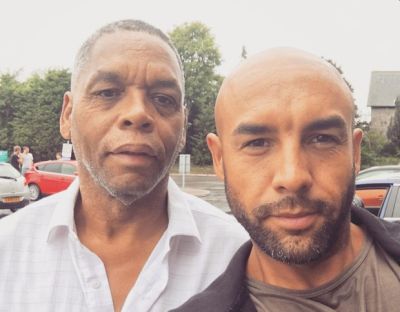 And here’s Alex with his mother Caroline: 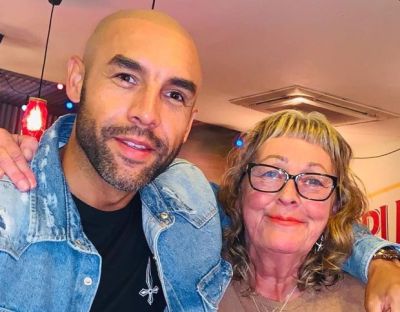 Alex Beresford Shirtless and Underwear Photos. Some shirtless photos of the ITV hottie we grabbed from his Instagram page (follow him @alexberesfordtv): 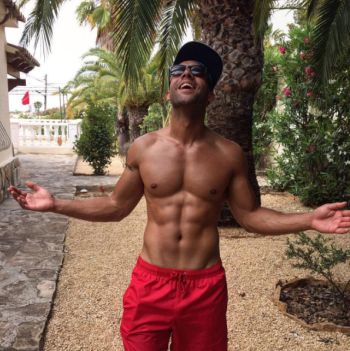 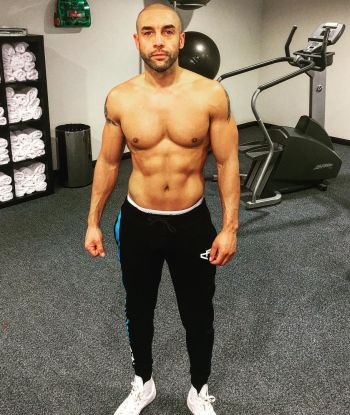 Unfortunately, we only have peekabo photos of Alex’s underoos. 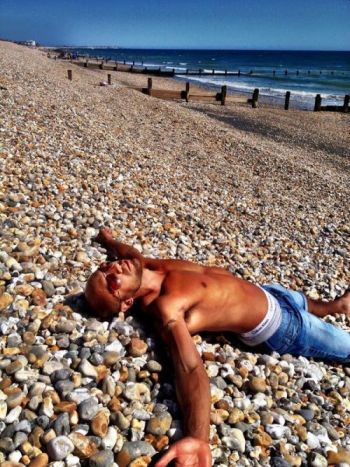 Alex Beresford Gay or Straight? Relationship Status? He is straight and was married to ex-wife Natalia Natkaniec with whom he has a ten-year-old son. They parted ways this year. 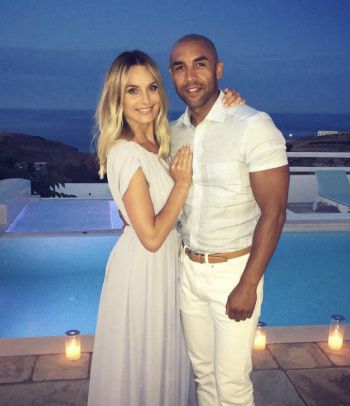 Our Alex looks hot when he is clothes-free as you saw in the photos above but he is just as hot when he’s wearing a suit, no? 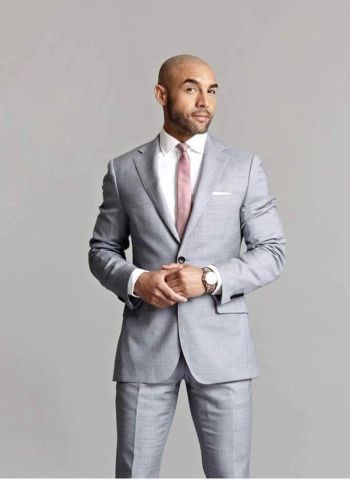