Alec Baldwin Underwear Preference: Boxers. Does Alec Baldwin prefer briefs or boxers underwear? In an interview with People Magazine back in the 1990s, he revealed that he likes them boxers better than briefs. When asked why he preferred boxers over briefs, he replied that he “can’t go into it in People Magazine”.

But our Alec is apparently not a boxers-exclusive kind of guy. Because we did find these photos of him wearing briefs underwear from the 1990 comedy movie Miami Blues where he stars as an ex-con who goes on a violent one-man crime wave. 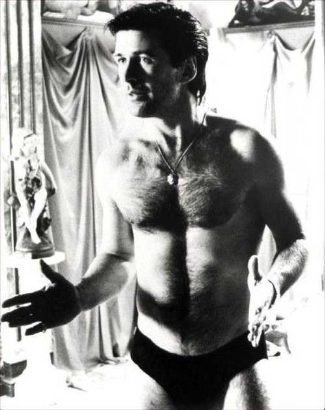 Another photo of our hirsute actor, seen here with co-star Jennifer Jason Leigh, in a pair of briefs underwear. 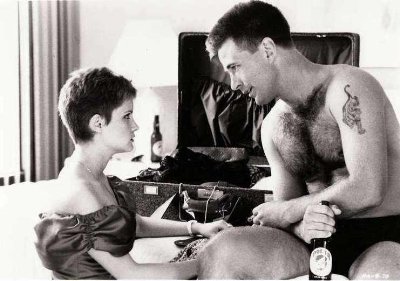 Don’t you just love his carpeted chest? You do, don’t you? So let’s have another photo of young Alec Baldwin where he displays his hairy chest in all its glory. 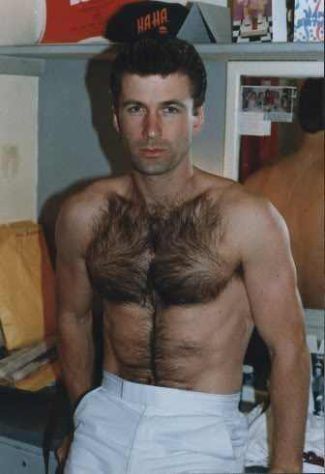 Too bad they don’t let men in Hollywood grow body hair like that anymore. These days, its all about waxing, waxing, and waxing. We blame the Brazilians of course but the bigger blame goes to them metrosexual Brits particularly David Beckham and Simon Cowell. Want more celebrity chest hair?

Before we forget that we’re suppose to blog about Alec Baldwin’s undies and not about his hairiness, here’s a pic of him in a pair of black briefs. 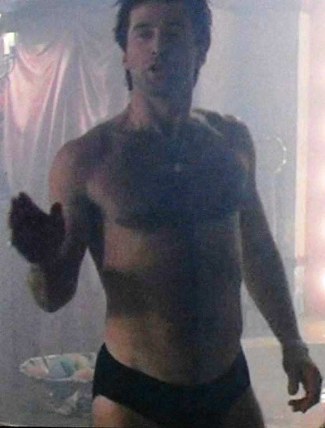 Alec Baldwin Underwear: Speedo. And here’s a collage of Alec’s Speedo and shirtless photos from one of his very early movies, the 1986 TV movie Dress Grey about a gay cadet murdered in a military academy. 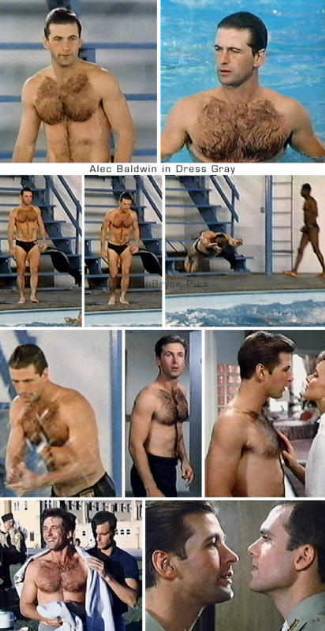 When he got older, it is possible that Alec changed his underwear preference from boxers to briefs because he did pick up this pair of Superman briefs when he went shopping in 2011. 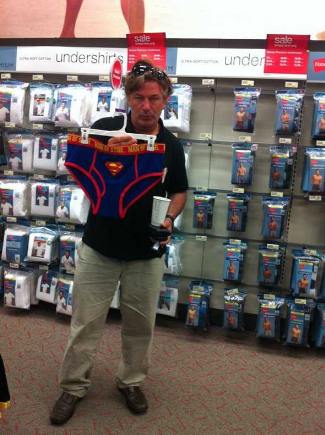 Do you think he is aging well? The pic above is not what one would call reassuring because he kinda looks like an old lesbian but the next pic below where he is bearded and all tells us that he’s not actually doing bad in the “aging department”. He looks professorial, don’t you think? 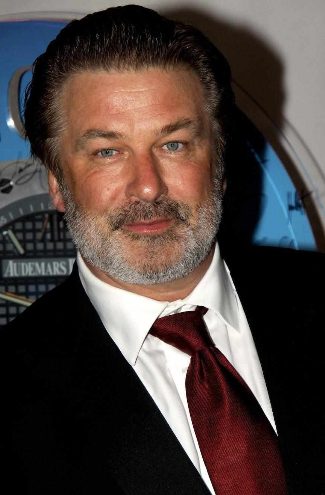 For those of you who are wondering what Alec looks like when he was younger, here are some of his pics from way back. Obviously, this one is from a class yearbook. 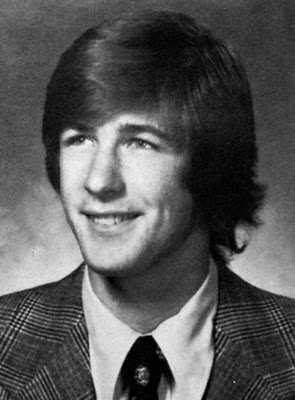 From 1991 on Saturday Night Live with the late Whitney Houston. 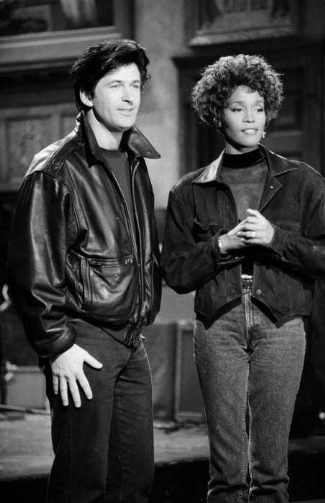 And this last one is also from the 1990s during a charity tennis event. 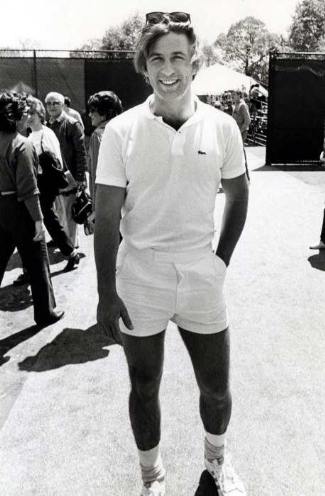 He sure is rocking his all-white get-up and short shorts. Do you think tennis authorities should bring back this kind of above-the-knee short pants on the tennis court? If would be nice if they do, no? 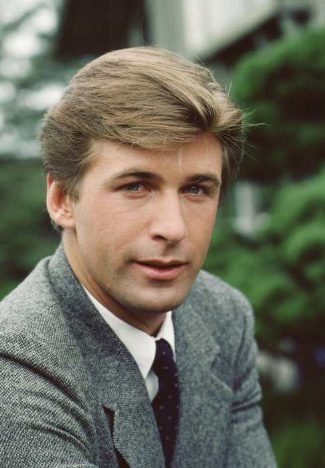