Alden Ehrenreich Shirtless, Underwear, Girlfriend. Who’s the hot guy wearing a turtle neck shirt? Is he trying to prove to the world that its not uncool for guys to wear turtle neck?

His name, clueless Famewatcher, is Alden Ehrenreich. Obviously, you did not watch the 2018 movie Solo: A Star Wars Story because where he was the lead star playing Han Solo. Also, as for his turtle neck shirt, we’ve said it before and will say it again: Turtlenecks will never go the way of the dodo so long as autumn months are cold and winter months are freezing. 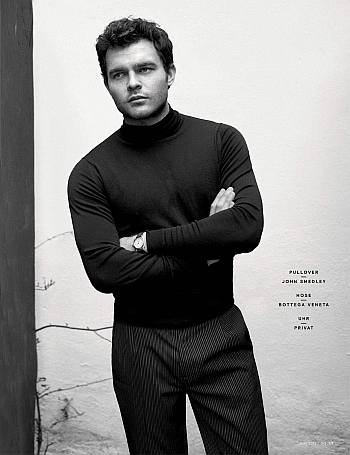 Anyhoo, here are more photos of Alden looking fabulous. On the red carpert for Solo: 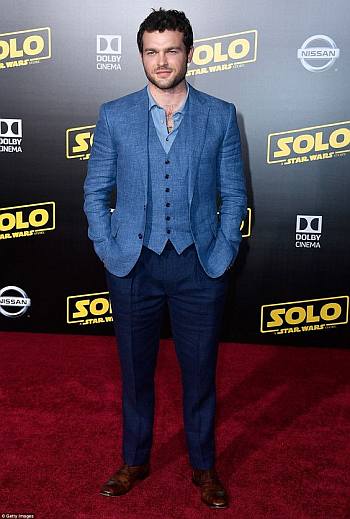 In this photoshoot for Esquire Magazine, the actor is wearing jeans by Dolce Gabbana and leather jacket by Michael Kors. Want more celebrity leather jacket? 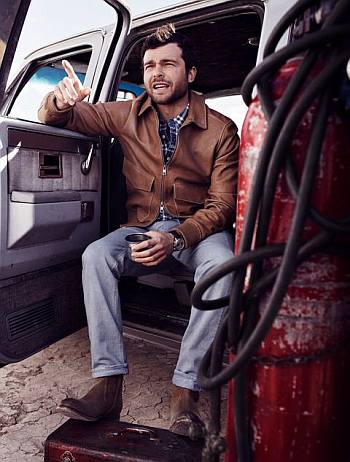 Alden Ehrenreich Shirtless Photos. We tried hard to identify where the following shirtless photos of our gorgeous actor is from but we haven’t got a clue — well at least we are not 100%. But it may be a) background scenes for his Dior ad with Natalie Portman or b) from the 2009 movie Tetro. What do you think, fellow Famewatcher? 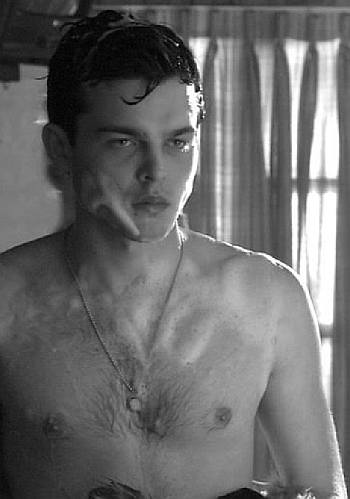 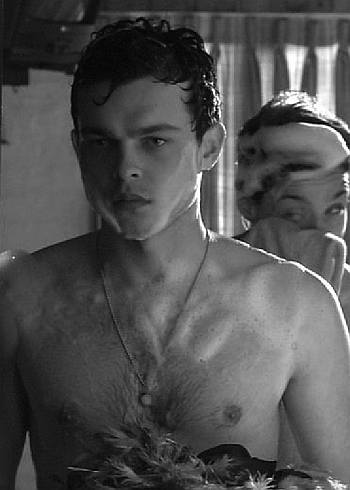 Alden Ehrenreich Underwear Photos. We grabbed these images from My New Plaid Pants who, in turn, grabbed it from the 2013 movie Stoker. We haven’t watched the movie so we do not know why he is taking off his jeans in the scene below: 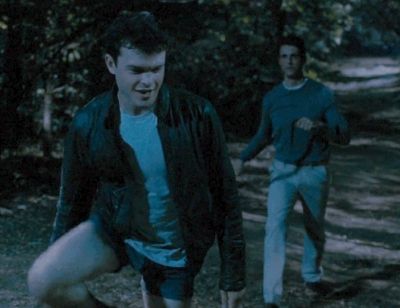 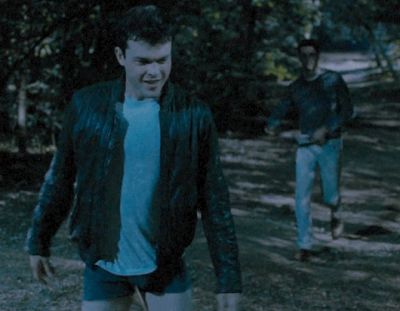 We also do not know why Matthew Goode is tying him up in the next pic. In fact the MNPP post showed a GIF of Matthew spanking Alden which is HILARIOUS and WEIRD in all caps. Is the movie any good? Where can we watch it? 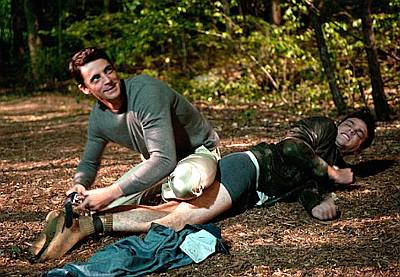 Alden Ehrenreich Gay or Straight? He is straight and is reportedly dating actress Kelsey McNamee. Here’s Aldren and Kelsey during the premiere of his 2013 movie Beautiful Creatures. 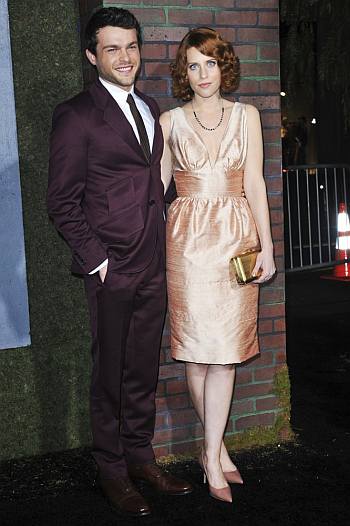 Onscreen, when the Solo movie came out in 2018, the Twitterati observed that Donald Glover’s Lando Calrissian was openly flirting with Alden’s Han Solo which gave rise to fan fictions and fan theories about the two being in a relationship. 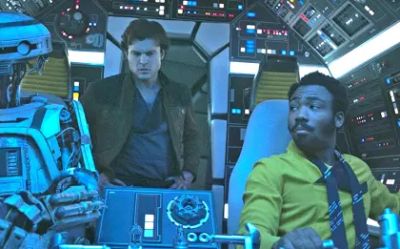