You’ve seen Levi Johnston’s underwear, now check him out in his blue jeans, white shirt, leather jackets ensemble. It’s a fashion statement that goes back to the days of James Dean and it’s a style that will outlive us all. 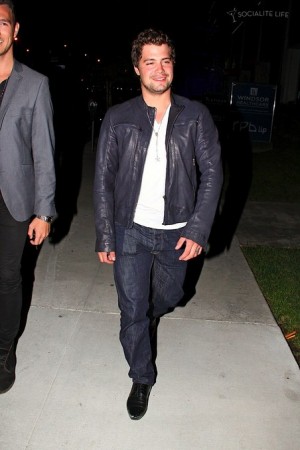 This Alaskan man-child may have committed really bad mistakes in his relationships but you can’t accuse him of bad taste in his choice of leather jackets, no? We’re truly loving his leather. Good taste, Levi, good taste! Oh by the way, we loved, loved, loved this guy when he appeared in the Kathy Griffin show. He was so at home with the outdoors. 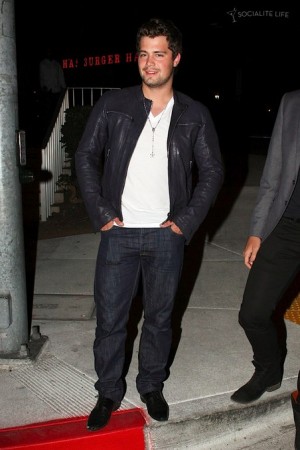 Random Trivia about Levi Johnston: Did you know that he has a look-alike who works in “adult” oriented movies? His name is Casey and here’s a blog post we wrote about him earlier this year. 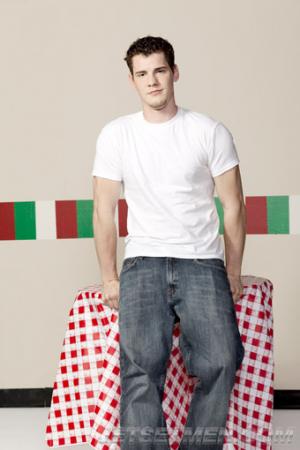 Does this guy resemble Levi Johnston at all? Because he’s supposedly cast as Levi Johnston in a movie where the boy from Alaska (and Sarah Palin’s Public Enemy Number One) will play with his hockey stick or something like that. We don’t think this Casey guy looks like Levi at all but he’s looking good in a classic white shirt and blue jeans outfit which reminds us of James Dean so he’s kind of cool. 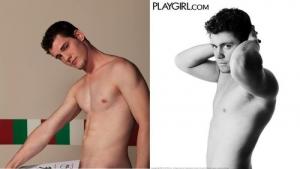 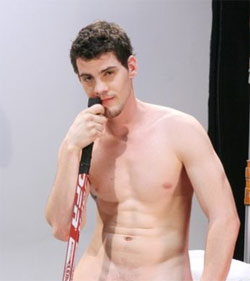 FROM OUR ARCHIVE SECTION

Aha. So this is the dude who knocked up Bristol Palin, Sarah Palin’s teenage daughter who got herself pregnant even though her hypocritical mom would want teenagers to practice abstinence. Levi Johnston is kinda cute in a way, no? No wonder Bristol Palin liked him.

From the NY Daily News: “Doe-eyed Bristol Palin, 17, and ruggedly handsome Levi Johnston, 18, have been dating for about a year, locals in their hometown of Wasilla, Alaska, told the Daily News…’They’ve been together quite a while, more than a year,’ she said. ‘I hope everything comes out well. These are local kids.”

The report adds: “Johnston, broadchested and wearing a No. 15 jersey, can be seen in photographs hitting the boards as a Warrior in action. A closeup shot shows the handsome teen with a light dusting of whiskers on his chin – his dark brown hair curly and wet. ‘Levi has got huge potential,’ Jennie Johnston said. ‘He’s a smart kid’.”