Alan Aisenberg Award Update. We are updating this post to note that our baby-faced Alan has got himself an award. Specifically, he’s brought home a Screen Actors Guild (SAG) trophy as part of the ensemble cast of Orange Is The New Black. They actually received their award back in 2017 so this is a very late update. Haha. 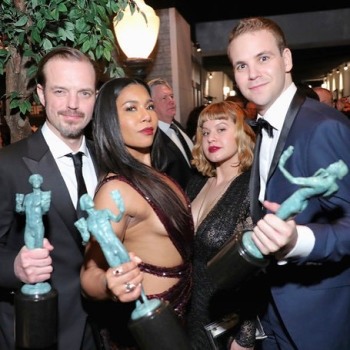 He also co-starred with Jennifer Lopez in a 2018 movie called Second Act. Yay! He was also one of the leads of the Netflix show, Brews Brothers, which we began watching because we wanted to support Alan’s projects but which we did not finish the show because it was kinda boring. We gave up in the middle of the second episode. Hehe. Sorry, Alan. 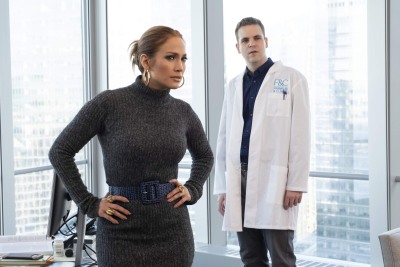 Let’s end this update with a photo of the actor looking fly in his suit and tie, shall we? 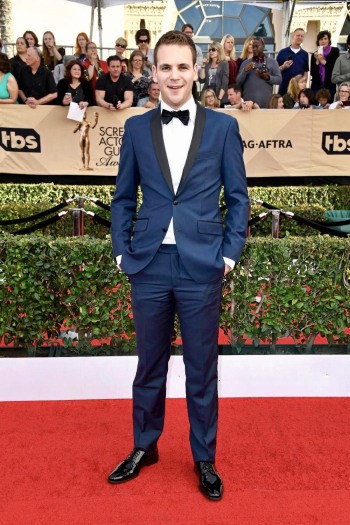 …..
Alan Aisenberg Shirtless and Underwear Photos (Fake) (14 June 2016). Matt McGorry aka John Bennett disappeared without a “bye girls, see you next time” on Orange is the New Black but there’s a new hot guy in uniform in Litchfield Penitentiary. Famewatchers, meet Corrections Officer Baxter ‘Gerber’ Bayley who is played by Alan Eisenberg.

The new Licthfield guard is not above petty corruption (like, he smuggles underwear for Piper’s used panties business) but we hope the OITNB powers-that-be do not turn him into an evil dude because that would be sad and tragic. We like the character, is all we’re saying, and we hope he’d be on the side of the good rather than the other side. Hehe. 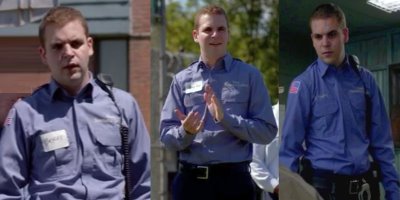 Anyhoo, we can’t find any Alan Aisenberg shirtless photos so we made fake ones for you. Hehe. These images may look weird but we don’t have any photoshopping skills at all and these are the best we can do. First up, here’s Alan as underwear model Mark Wahlberg: 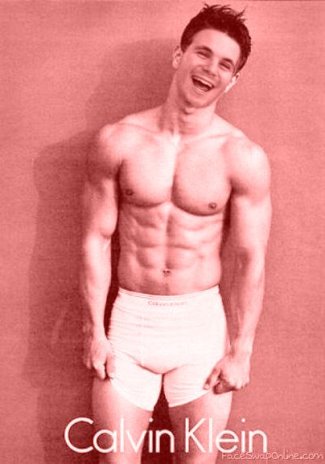 Our next Alan Aisenberg shirtless pics has him getting the body of male model Alex Cannon who is housemate on the current edition of Big Brother UK. 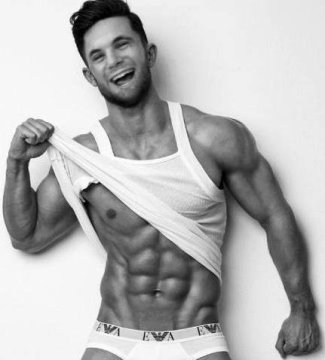 And here’s the original pic from which we sourced Alan’s smiley face which we used for the above fakepics: 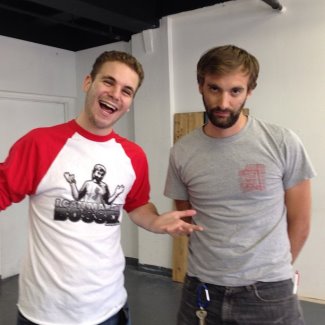 From Alan’s Instagram (follow him @alanaisenberg) with the following message: I can’t believe I met THE Jersey Dave while I was wearing a shirt with his face on it. What a coincidence! #jerseydave #thechrisgethardshow #weworktogether

Alan Aisenberg Gay or Girlfriend? Unfortunately, we don’t have any info about these at the moment. But we’ll update this post once we have the answers. Promise.

Orange is the New Black is coming back this week on Netflix. We’re excited to see more of Officer Gerber Baby, the inmates particularly Poussey, and the rest of the gang.