AJ McLean Young, Shirtless, Underwear, Goth Wedding. Today in Hot Mixed Race Hunks, we bring you Backstreet Boys singer AJ McLean who, apparently, will be shaking his booty two days from now when the 29th season of Dancing With the Stars premieres on ABC.

How will he fare in the competition? We think he’ll do well because, as a former boybander, he’s got the moves.

Moreover, he’s got some tips on how to tackle the competition as he’s been consulting with fellow Backstreet Boys Nick Carter. In an interview with Entertainment Tonight, AJ talks about the advice given to him by his BSB pal who was the runnerup in the 21st season of DWTS:

I’ve actually spoken to him three times now. I called him after the first day of rehearsal and I was like, ‘Oh, boy. What did I get myself into?’ He kind of freaked me out the first time we spoke because, granted, he was going based on his experience and this is different for everybody, obviously. But he said, ‘Dude, just enjoy the moment. Enjoy the process.’ He’s like, ‘I wish I would’ve done a couple things differently.’ He listed all these things and he’s like, ‘Dude, just go have fun. If anyone can do this, you can do it.’

AJ McLean Young. This section is for those of you looking for a young AJ. First, here are shirtless photos with his fellow band bandmates: 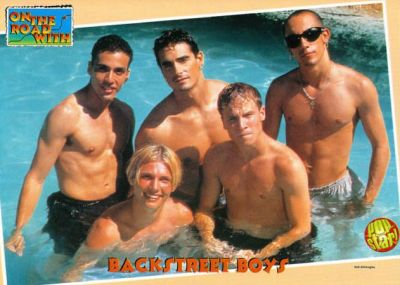 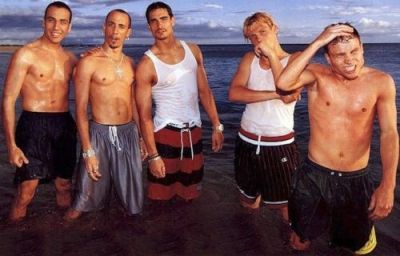 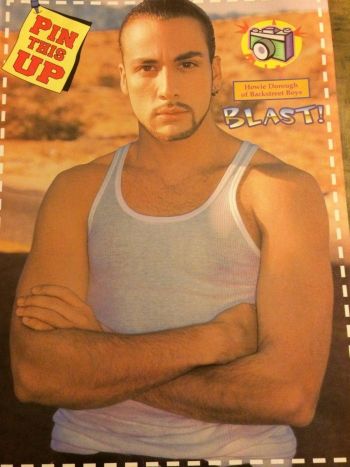 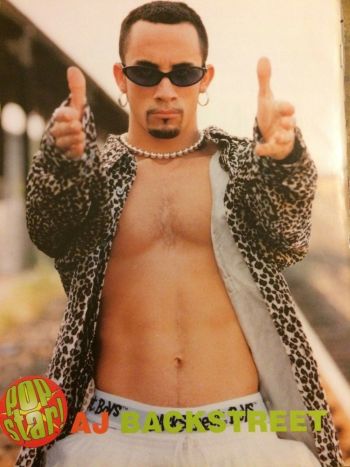 A thoughtful and shirtless AJ. 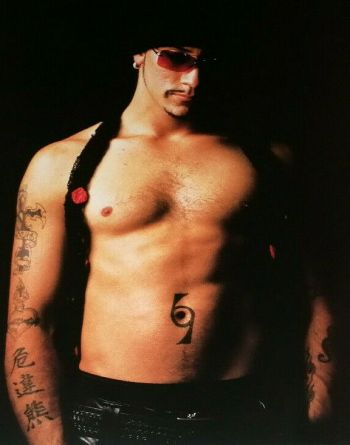 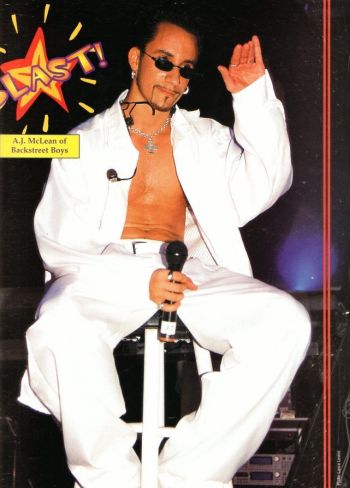 AJ McLean Underwear Photos. Of the Backstreet Boys, who is the most likely to drop his trousers to show us his underwear? Well, as you can see in the photos below, it’s our AJ aka “the dangerous one”. We see him in his CK boxer briefs in this magazine photoshoot. 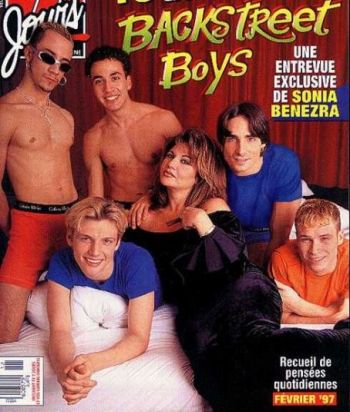 And, apparently, he loves dropping trou when performing on stage. Way to go, AJ! 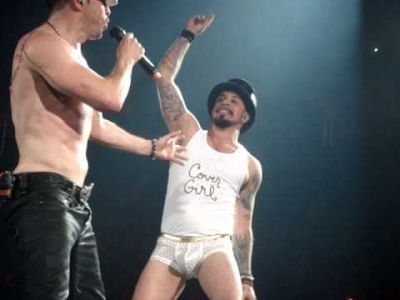 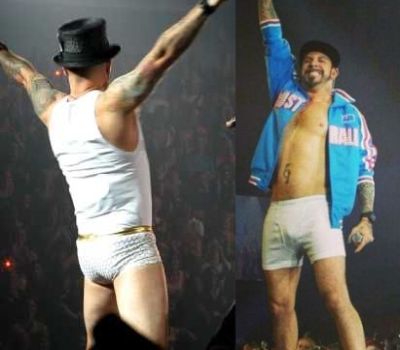 AJ McLean Gay or Straight? He is straight but is an ally to the LGBT community. Back in 2013, the Backstreet Boys’ music video for their single, In a World Like This, featured two women tying the knot. Pride Source interviewed AJ on what inspired this support for equal rights:

I have a lot of gay friends and two of my best friends have been together for almost 10 years. And living in California, it’s been so friggin’ frustrating to me that they could not get it right; they couldn’t pass the bill. Then, literally, right after we dropped the video, they actually passed the bill (allowing LGBT people to get married) in California, and I was just ecstatic. I just love the fact that people love each other, no matter if they’re the same s*x or not. I think everybody’s equal, period. 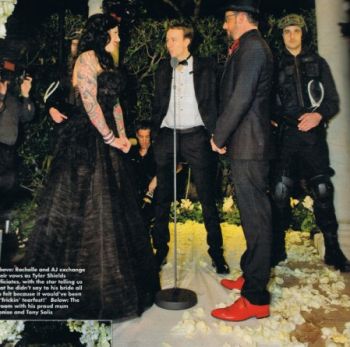 For those of you wondering, Rochelle’s dress is by Vera Wang! 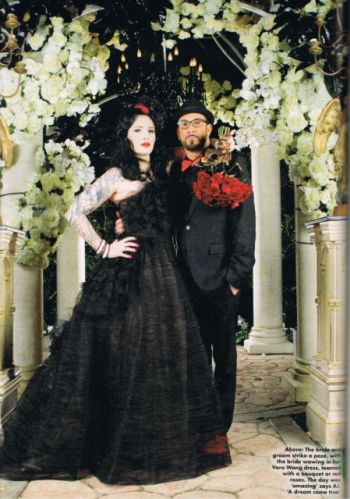 Oh, AJ also had his own wedding dress and wore it for a photoshoot before the ceremony. 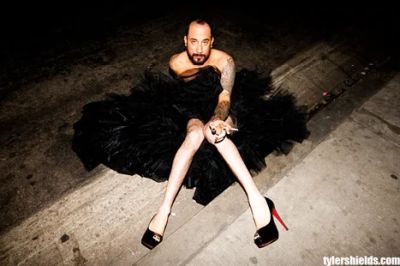 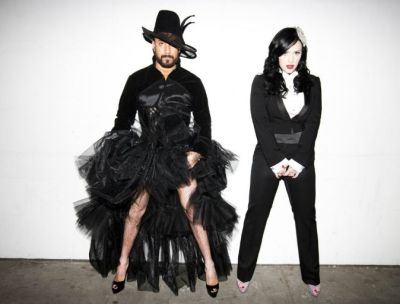 How can you not love this guy? 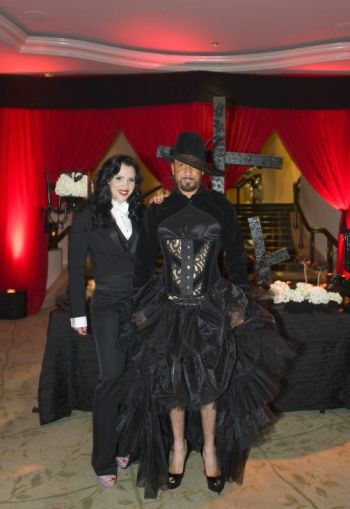