Aidan Turner Underwear and Shirtless Photos. What underwear style does Aidan Turner prefer? Does he like him his tighty whitie briefs underwear? Or is he more of a boxers kind of guy? We really don’t know the answer because no entertainment journalist has been brave enough to ask our Irish hunk the “boxers or briefs” question.

What we do have are photos of Aidan in his underwear. However, these pics which show him wearing a pair of black boxers and another pair of white Y front briefs are from the supernatural TV drama, Being Human. In other words, these are no evidence on the kind of underoos Aidan likes to wear in real life. Did we really say underoos? Haha!

Being Human is apparently about vampires and that kind of stuff which explains why our Aidan is so bloody spooky in the pic below. 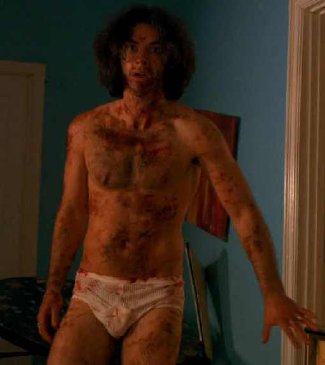 Aidan in a pair of black boxer briefs. 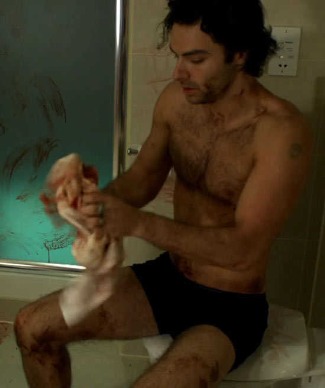 Aidan is fairly new in showbiz. In fact, according to wikipedia, he only started acting in 2007 which is just five years ago. Despite his relative “newness”, he can boast of an impressive body of work having starred in 5 television shows and three movies.

We expect his star to rise higher and shine brighter because he is starring in the one of the biggest movies of the year, The Hobbit.

In fact, the first time we saw this dude was when we caught a screening of The Hobbit and went, “Whoa! Who is that ridiculously handsome guy playing a dwarf?” For another The Hobbit actor in undies, go check out our post on Richard Armitage Speedo Photos. 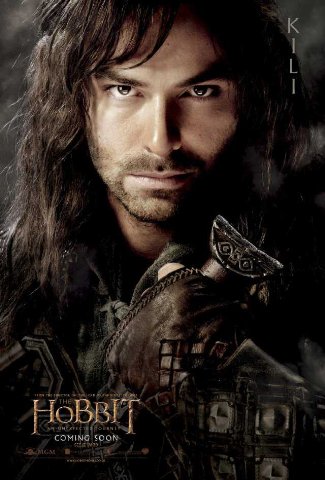 Turns out that the dwarf is no other than our Irish hunk. How did he bag such a coveted role? Here’s what he told radiotimes.com: “Peter requested a meeting. A couple of months later I got a call out of the blue asking if I wanted to spend a year and a half in Middle-earth? There was a fair bit of screaming on my balcony at half-eight in the morning in Cardiff: ‘Yes! Yes! Oh yes!'”

After watching him smolder on the big screen, we also said, “Yes! Yes! Oh yes!” Haha. We expect to see more of Aidan as Kili the Dwarf in the two other installments of The Hobbit. For the time being, let’s check out some of his awesome pics from his previous projects. 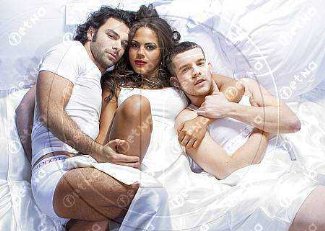 Awww. Is this what they call a menage-a-trois?

Look at them biceps. 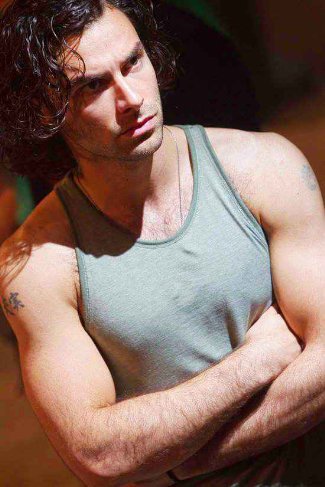 Oops, before we end, let’s answer our friend Deena’s question about Aidan Turner which goes, “Does he have a girlfriend or is he like them other Hollywood guys who are ridiculously handsome but are so not into girls?” Well, Deena, it might interest you to know that Aidan is so into girls. He actually has a girlfriend named Sarah Greene. Check them out during the premiere of The Hobbit in London. 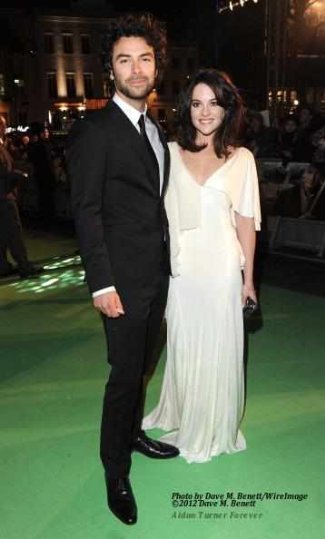 …..
Aidan Turner Girlfriend 2020 Update. We are updating this post to note that Aidan has got himself a new girlfriend. He is reportedly dating actress Caitlin Fitzgerald. 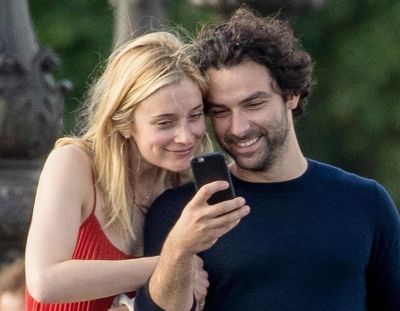 More Aidan Turner Underwear Photos? Unfortunately, you have to make do with the photos we already published above. However, check out this Aidan Turner doppelganger who may very well be the actor’s long lost twin. For those wondering, Aidan’s lookalike is Joe Wicks. He’s a presenter for the Channel 4 show The Body Coach and he’s also a fitness coach. 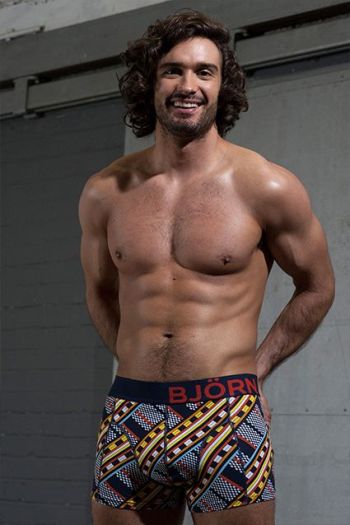 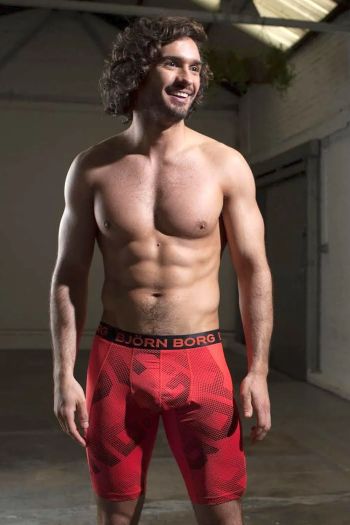