Adrian Gonzalez Shirtless, Underwear, Gay or Girlfriend. Aside from Carlos Miranda, another actor you should watch out for on the Starz TV series Vida is Adrian Gonzalez who joined the show this year. Muy guapo, no? 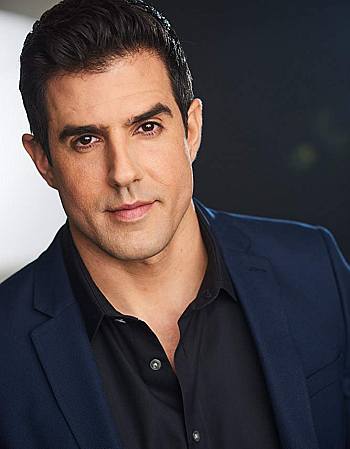 Adrian plays Rudy Marquez, an LA city councilman, who becomes the love interest of Melissa Barrera’s Lynn Hernandez. Here’s what the actor says of his character on the show and the challenge of playing the role on the show (via meawww.com):

Rudy and Lyn develop an attraction and Rudy becomes smitten very quick, maybe a little too quick. He ends up helping Lyn out with a couple of situations with the bar. It wasn’t a big challenge stepping into his shoes mainly because I think right now, we’re just getting to know him. I love his genuine earnestness towards Lyn, and even though it may feel a little ’thirsty’, there is a sweetness that I’m interested to see where it takes him. I would say there is definitely more than what meets the eye.

Adrian Gonzalez Gay or Straight? We do not have any information at this point and we will update this post once we do have the relevant information. However, Adrian has starred in LGBT shows such as Coming of Age, August, and the spy sitcom From Here on Out which aired for one season in 2014 on Here TV. Here’s a photo of Adrian and co-star Murray Bartlett in August: 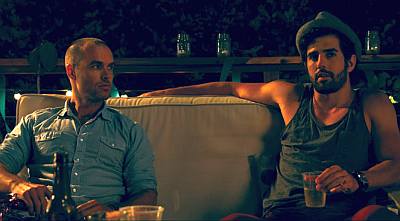 Adrian Gonzalez Shirtless Photos. This is for the thirsty hos and THOTs among us Famewatchers looking for sin camisa photos of our Adrian. We grabbed some of these images from his Instagram account (el_adriangonzalez) which you should follow if you want more shirtless pics of the hunky actor. 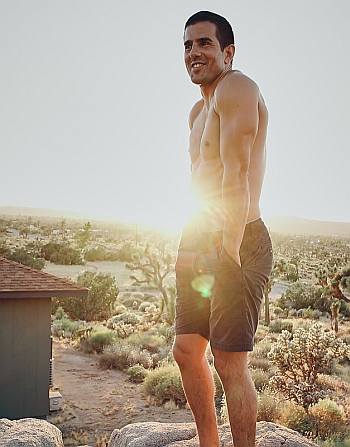 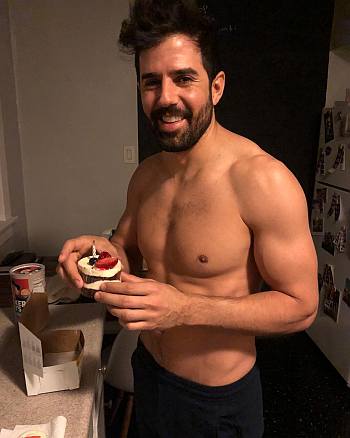 Adrian Gonzalez Speedo. Look who’s wearing a rainbow-colored Speedo swimsuit? It’s our Adrian, of course. This is a screencap from the TV series we mentioned above, From Here on Out. He actually has more revealing scenes from the show but they’re too risque for our Grandma Akita. 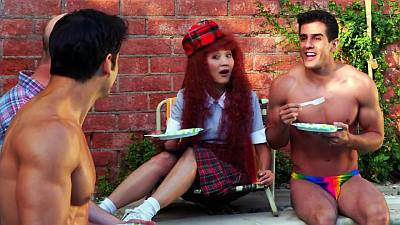