Adolf Hitler AIDS Commercial and Other Controversial Ads. Here’s a commercial which is sure to generate controversy; it seeks to warn people of AIDS by comparing the disease to Adolf Hitler. The point being that AIDS, like Hitler, is a mass murderer.

Understandably, some AIDS activists are not impressed. Says a spokesperson for a British organization: “Of course there are many HIV organisations that run their own campaigns, however I think the advert is incredibly stigmatising to people living with HIV who already face much stigma and discrimination due to ignorance about the virus,” a spokeswoman for the National AIDS Trust, which co-ordinates World Aids Day in Britain, said.”

The spokesperson adds: “On top of this it fails to provide any kind of actual prevention message (e.g. use a condom) and may deter people to come forward for testing. The advert is also inaccurate because in the UK thanks to treatment HIV is a manageable condition that does not necessary lead to AIDS.”

So, what do people behind this video say of the criticism being leveled against them? The Telegraph interviewed the creative director of the video, Hans Weishäupl, and he told them that the shock value of the video could help prevent infection.

He’s also quoted by the newspaper as follows: “A lot of people are not aware that Aids is still murdering many people every day. They wanted a campaign which told young people that it is still a threat. In Germany, Hitler is the ugliest face you can use to show evil. We worked on the campaign for free because we wanted to help out. We have also produced versions in English and Spanish so they can be broadcast abroad, if there is interest.”

It’s hard to decide who to side with between these two opposing camps. Let’s just say that they both have valid points.

…..
Want more controversial advertisements like the above Adolf Hitler AIDS video, check out the following:

Ashley Madison Wants You To Cheat on Your Spouse. Did the Ashley Madison people really think that these commercials encouraging cheating on your spouse will have a chance to be aired during the Superbowl?

Or did they know that it will be banned but sought its airing anyway because they know that there will be a lot of buzz [like PETA’s banned Veggie Commercial] if they’re actually banned.

Good media strategy, Ashley Madison people. Now everyone, which includes us here, is talking about your banned commercial. 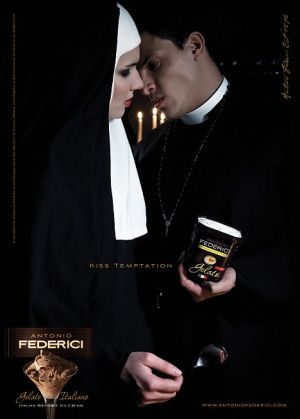 …..
The “Sexist” Virgin Atlantic Ad Is this TV commercial sexist? The Guardian reports about a brewing controversy surrounding this advert following its release: “The Advertising Standards Authority has received 29 complaints that the £6m ad campaign, which also includes press advertising, is sexist.The complainants argue that the all-female crew members are being promoted as the main reason for choosing the airline, and that this is insulting to all women, especially those working in the aviation industry.”

What do you think? Is the ad sexist or just creative advertising? Update: Sorry, ad deleted at source.

…..
Couples Retreat Movie Poster: White Skin Good, Black Skin Bad. Can you spot the difference between these two movie posters released by Universal Pictures? The one above is for the US market while the one below is for the U.K. and international market. 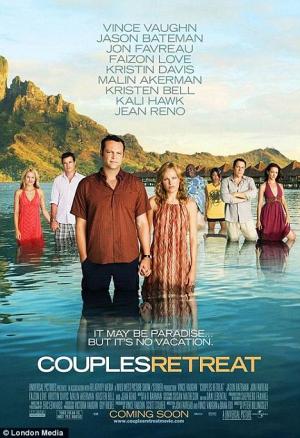 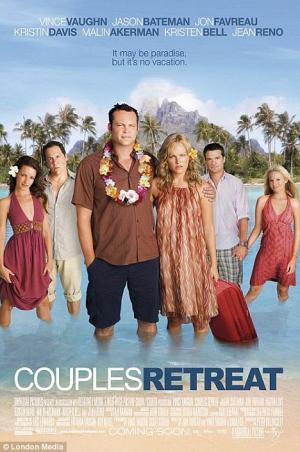 Racial minorities in the U.S. and U.K. are sometimes accused of being ultra-sensitive to perceived racial slights (e.g. Miley Cyrus vs Asians and Prince Naveen and Princess Tiana) and maybe they sometimes are but how can one justify the omission of the black couple in the U.K./international version of Couples Retreat.

What is Universal Pictures trying to say when it changed its posters. Pick the best answer from the choices below:
a) Black stars are not good enough for the international market.
b) White skin good. Black skin bad.
c) Only white people can afford to go to couple’s retreats in Hawaii.
d) British and international movie goers don’t want to see no black people in their movies.
e) All of the above.