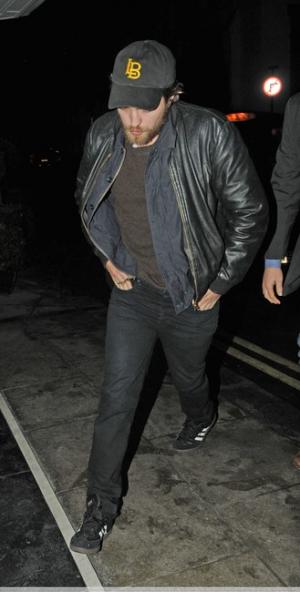 RPattz may often have questionable fashion choices and he may look like he just woke up most of the time but we gotta give him props for knowing how to pick a good pair of shoes. 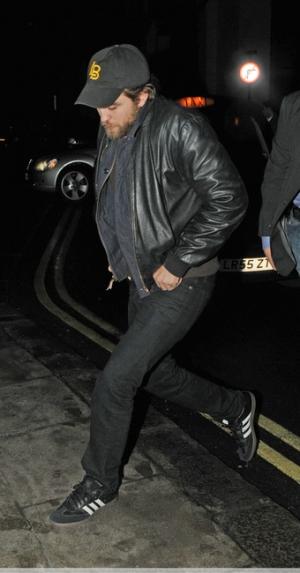 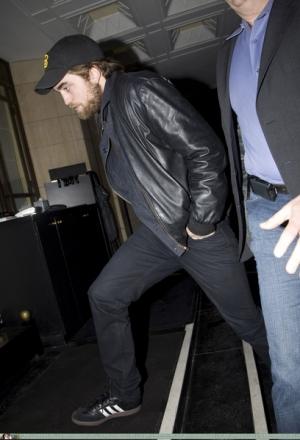 Want more of Robert Pattinson’s fashion style? Check out Robert’s suit and tie, his plaid shirt and leather combo, and this Robert Pattinson underwear designed by his lady fans.

*****
Celebrities Wearing Adidas Samba Shoes. As it happens, Twilight star Robert Pattinson isn’t the only dweller of the make-believe world of Hollywoodlandia who wears Adidas Samba. Let’s check out the others, shall we?

Ashton Kutcher is seen in the photo below wearing a pair of Adidas Samba. Is that late night talk show host George Lopez? Didn’t know these two are fishing buddies. 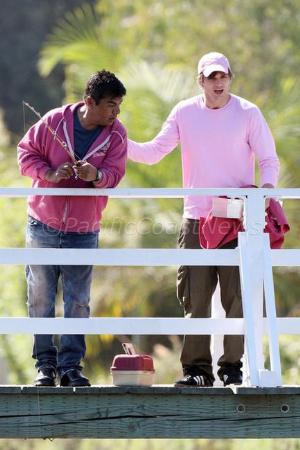 Our imaginary secret British boyfriend who goes by the name of Ben Barnes (see more of him in our post on Ben Barnes Leather Jacket) is another Samba-wearing celebrity dude. Where is our boyfriend off to? 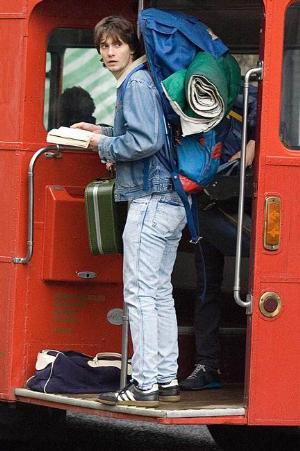 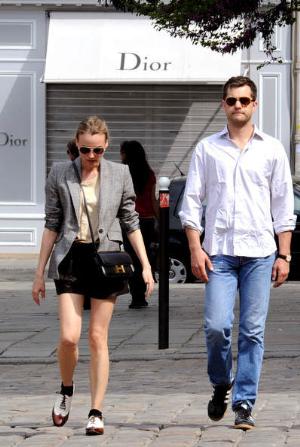 Of course, the guys aren’t the only Hollywood denizens who are loving them their Adidas Sambas. Female celebrities love this shoes too. For instance, here’s the Queen of Daytime Talk herself Ellen Degeneres wearing a pair of white Adidas Samba. 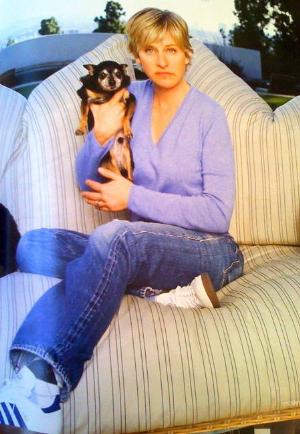 Then we have rocker chick Hayley Williams performing in her Samba shoes. Man, those pants are tight, tight, and tight. Did she get some fashion tips from the skinny pants-loving Victoria Beckham? 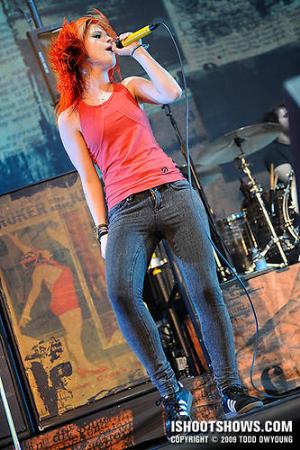 Last but not the least in our group of Samba lovers is Robert Pattinson’s onscreen lover (whether they’re really bumping uglies offscreen is kinda doubtful) Kristen Stewart. 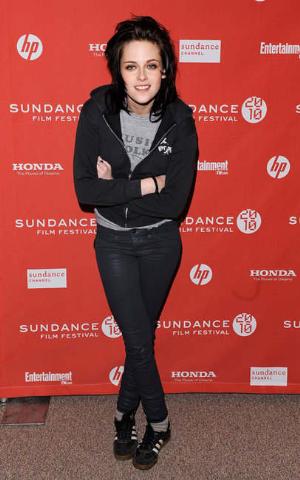 So that’s it folks. If you spotted other celebrities wearing this kind of shoes, do tell us in the comments so we’ll include them in any future update.