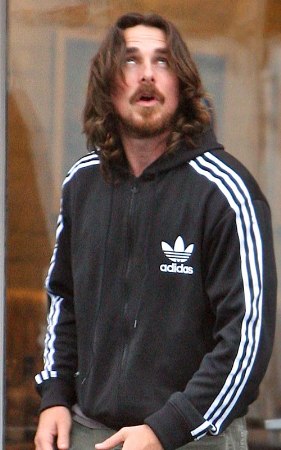 UPDATE: We think the girl is Christian’s daughter, Emmeline. Say what you will about Christian’s legendary temper but you gotta admit that it looks like he’s a swell dad. 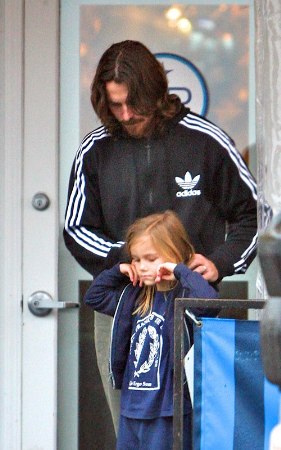 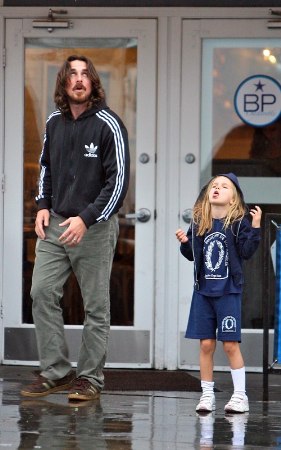 Anyhoo, did any of you watch Christian in The Fighter movie? Boy, this guy is a terrific actor and deserves an Oscar for his performance. It would be an injustice if he’s not at least nominated. 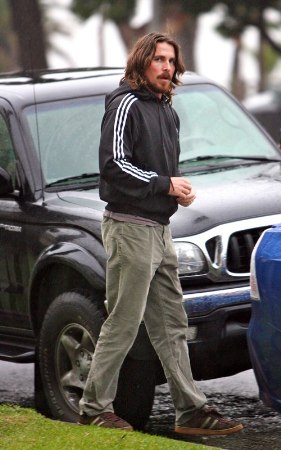 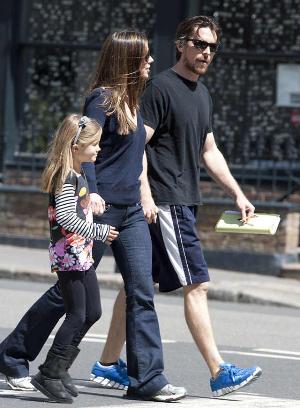 Now, some of you are looking for the Adidas jacket that Christian (as Dicky Ecklund) was wearing in his Academy Award-winning performance in The Fighter. Unfortunately, the only photo we can find is this one where his jacket is mostly hidden. But it’s better than nothing, right? 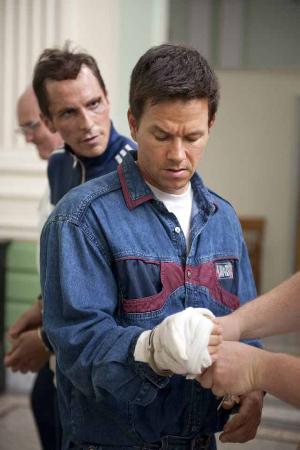 We’ve always liked and admired Christian Bale as an actor because he’s one of the few guys in Hollywood who totally loses himself in a role. You know, when you watch Tom Cruise in whatever role he’s in, you always know that he is Tom Cruise (maybe playing a slightly different version of himself). The same goes for other big stars such as Brad Pitt or Will Smith or even lesser stars such as Mark Wahlberg or Jake Gyllenhaal.

But Christian is on another level because we often go, “What do you mean that is Christian Bale? No. It must be a different actor.” And then we realize later that he’s indeed Christian Bale. It takes a lot of talent and dedication to ones craft to do what he’s doing. He is the male version of Glenn Close. He totally deserved his Oscar Award and we hope Ms. Close gets her Oscar too.