Adam Senn Underwear Model Update: He’s Now a Bisexual Basketball Star. Nearly ten years after he first came to the scene as Lindsay Lohan’s boyfriend, Adam Senn has managed to establish himself as an actor in Hollywood. We must say we are impressed. To date, according to IMDB, Adam’s got 14 acting credits to his name the most prominent of which would be Hit the Floor where he plays the role of a bisexual basketball player. 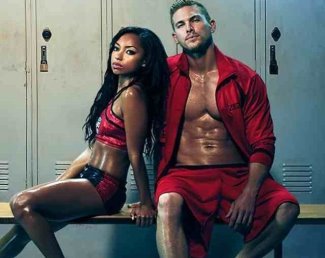 As it happens, he gets to go kissy kissy with his boyfriend on the show. Nice. For those who are wondering, Adam’s kissing buddy is Brent Antonello.

Is Adam gay, bi, or straight in real life? We’re gonna say he’s straight in the absence of any report to the contrary. Unless of course Lindsay turned him gay or something. Hehe.

By the way, Adam’s modeling career appears to be going swimmingly. In fact, models.com ranked him as one of the top money guys in 2012. He’s also currently ranked as one of the sexiest men in the modeling scene.

Adam Senn Underwear Model is Lindsay Lohan’s New Boyfriend. Lindsay Lohan has got herself a new boyfriend. He’s a French hunk. He’s a model who looks great in his underwear. He is a top male model. He stands at 188 cm (6′ 2″) tall and his waist is supposedly  79 cm (31″) . 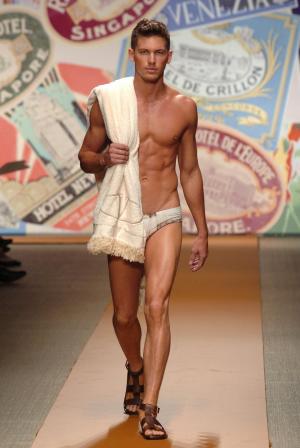 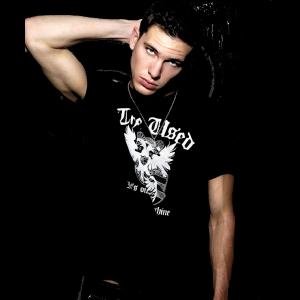 More about Adam from exposure.net: “Adam Senn was born in Paris, France on April 10, 1984 and was discovered in a hotel lobby by Gaspard Lukali-Lacote agent of Re:Quest Models. After finishing high school he went to New York to sign his first model contract. Adam was one of the models in Spring/Summer 2003 Gucci campaign and appeared in advertisements for Pinko, Gap and Bongo Jeans. Among these jobs, he walked for labels such as D&G, Rosa Cha and Betsey Johnson. If he isn’t on the runway you probably find him on the golf course or playing baseball.” 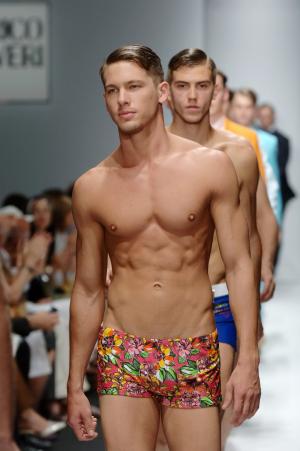 By the way, Adam may be French born but he actually grew up in Sugarland, Texas. So he’s a French all-American dude which makes him even more hawt, hawt, hawt. Anyhoo, let’s have more Adam Senn Underwear modeling photos, shall we?

Here’s probably his most popular modeling pic ever, in briefs for Gucci. Want more French Men in Underwear?


Now, before you go “Is that all he does? Strip to his undies?”, you should know that he’s actually a mainstay in the runway modeling clothes for high-end brands. 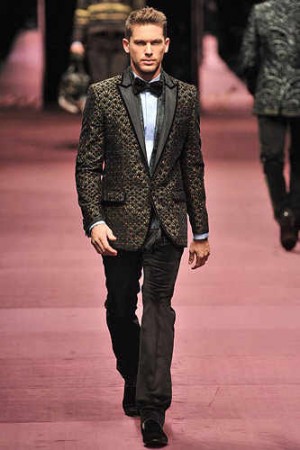 Like a cute man-boy in Perry Ellis Spring 2009 Ready-to-Wear Collection. 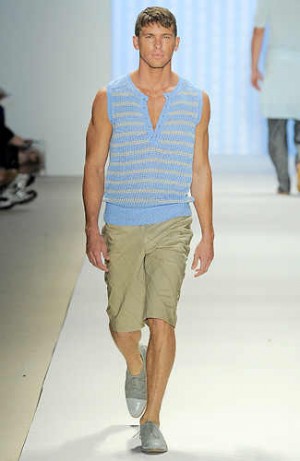 Here’s another pic of Adam in his undies. Sorry, we can’t resist not publishing it. Haha. It’s from the Dolce and Gabbana men’s underwear collection. 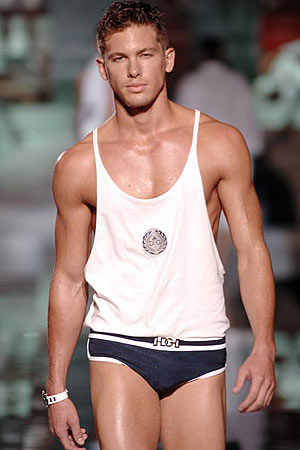