Adam Rodriguez Shirtless, Young, and Wedding Update. Oh boy, time really moves fast, doesn’t it? In the original post below, we were blogging about Adam Rodriguez joining the cast of Empire as a guest character. Seven years later, the guy has gone on to do many other projects and is now a certifiable zaddy because he got himself a wife and they’re raising a family and all. Good for you, Adam.

Anyhoo, here’s a wedding photo of the actor when he tied the knot with Italian model Grace Gail back in 2016: 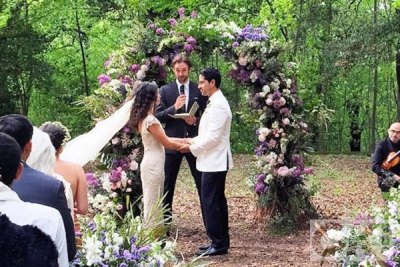 And here’s Adam and Gail, who are have three children together according to wikipedia, attending an industry event: 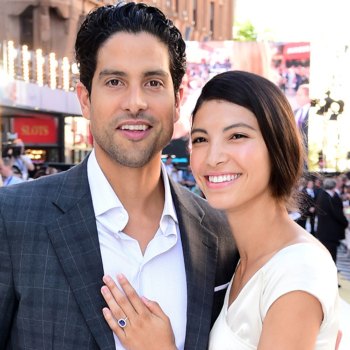 Now, we know you Famewatchers are thirsty hos and you’ll be judging us and calling us names if we do not include the following shirtless photos of Adam (particularly the one in him in his underoos). 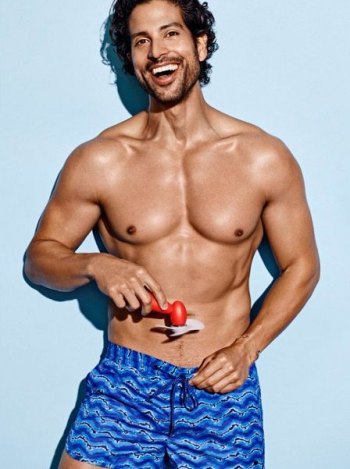 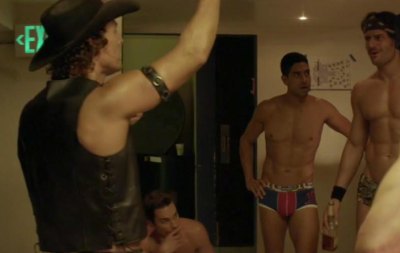 Some early pics of our Latino hottie back when he was younger and starting out in the biz: 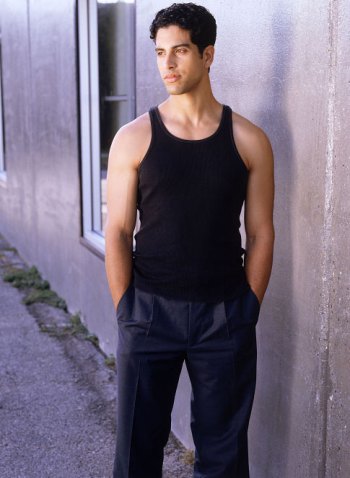 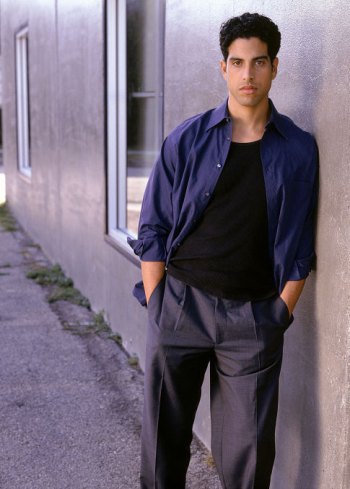 …..
Adam Rodriguez on Empire as Cookie’s Squeeze (18 June 2015). How do you make Empire’s Luscious Lyon really, really mad! By having his wife, the fabulous Cookie Lyon, hook up with a handsome, fit, and virile Latino hunk named Adam Rodriguez. 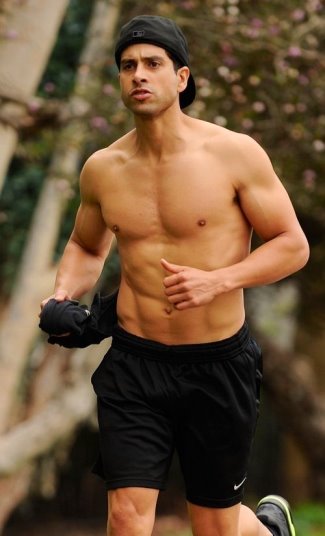 “Lucious should’ve done a better job treating Cookie like the wonderful woman that she is,” Adam told Access Hollywood Live’s Billy Bush and Kit Hoover of romancing Cookie. “Laz Delgado has a real clear picture about who Cookie is and how special she is, and he’s gonna treat her that way.”

Apparently, Adam and Taraji played lovers in the Tyler Perry comedy-drama, I Can Do Bad All By Myself. Here’s what Adam says about his co-star:

We get along great… I am super excited to be opposite her as soon as we can get this thing going. She’s just the best. So much fun, such a great person. When we did the last movie we just had nonstop laughs and the chemistry was great. We definitely have chemistry. We were doing kissing scenes when they weren’t even written.

Is Adam Rodriguez Gay or Straight? Well, let’s hear what the internetizens of gayorstraight.com are saying about him:

Though he is straight, Adam is a straight ally supportive of the LGBT community. Here he is with Magic Mike co-star Channing Tatum at the 2015 LA Gay Pride Parade. 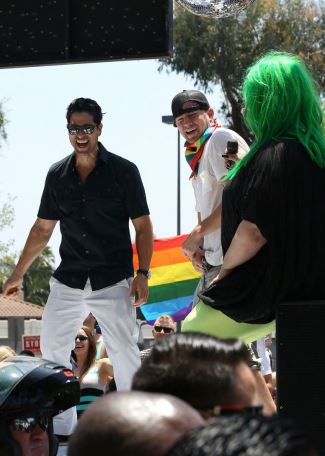 Adam Rodriguez gay stripper? Was his Magic Mike character, Tito, a friend of Dorothy? We can’t remember now. Wouldn’t it be fun if Tito hooks up with Mike Boomer’s character? 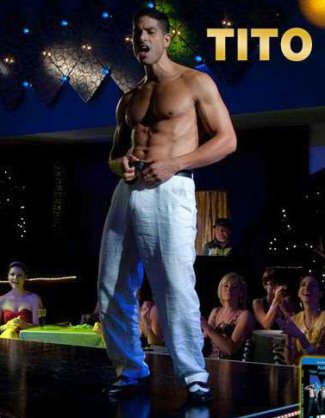 Adam Rodriguez Girlfriend or Wife? So does he have a girlfriend? Or is he married? Well, we don’t know about his relationship status now but here’s his list of exes according to famousfix.com and wikipedia: Melanie Fiona, Ciarra Pardo, Alexandra Cheron, Eva LaRue, and Grace Gail with whom he has a daughter.

Adam Rodriguez Shirtless Workout Photos. For those of you looking for Adam Rodriguez shirtless photos. Pics are from Men’s Fitness Magazine (by Dustin Snipes). Apparently, according to Men’s Fitness, this was how he worked out to develop his Magic Mike stripper body. 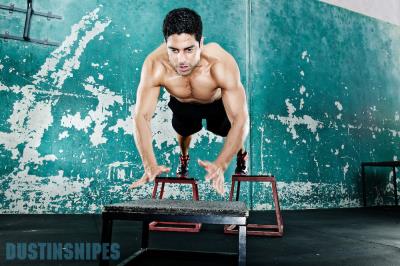 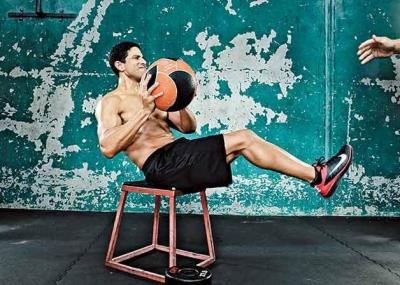