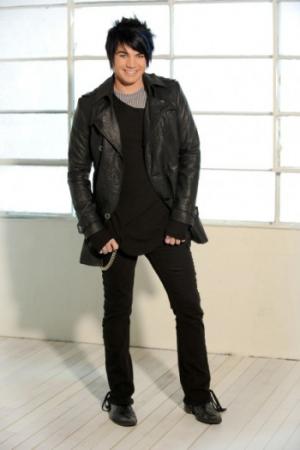 Want more men’s leather jackets? Here’s controversial American Idol runner-up wearing a black leather jacket which fits nicely with his all-black ensemble and that emo haircut he’s kinda famous for. Nice look, Adam. And nice skinny jeans too. If you want more Adam Lambert in leather? Check out his blue leather jacket in a blog entry we wrote on the titillating Kradam bromance. 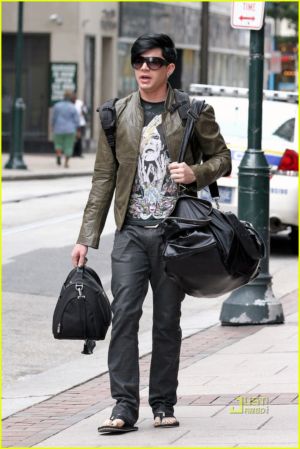 You’ve seen Adam Lambert go formal in his Just Cavalli suit and tie, now check him out in his fabulous brown leather jacket. Is he wearing leather pants too? It’s kinda hard to determine but it looks like he does.

These photos are from somewhere in Philadelphia where Adam had a successful concert. Here’s our Adam meeting his fans for autographs. 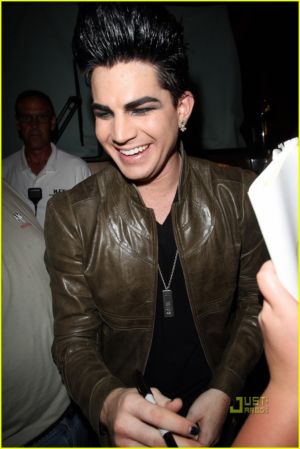 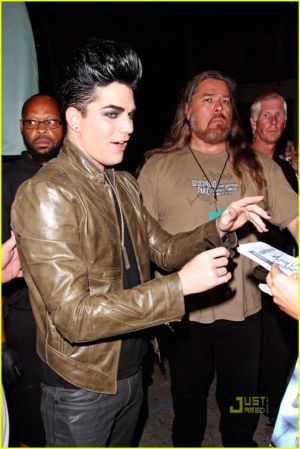 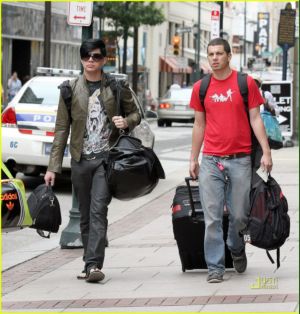 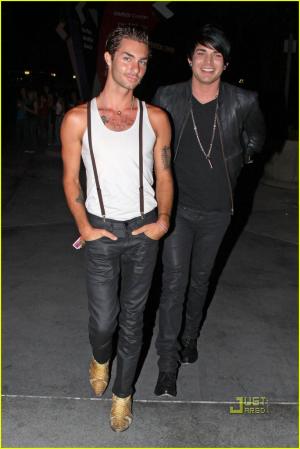 Hey look, two guys in leather. Nice. Love is in the air for American Idol runner-up Adam Lambert and his boyfriend interior designer Drake LaBry. They sure look good together. We are happy for Adam of course but we’re kinda hoping that they were photographed holding each other’s hands just so we will see the heads of American conservatives like Bill O’Reilly explode. Harhar.

Anyhoo, we guess this puts an end to the dream of the Kradam fans who’d like to see Adam with Kris Allen. Now, that will really really make Bill O’Reilly’s head explode. 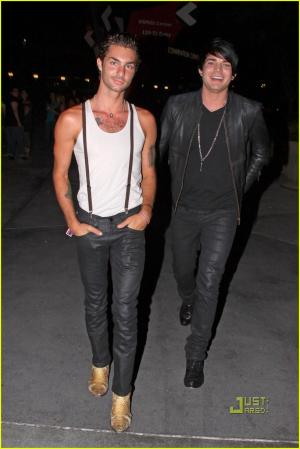 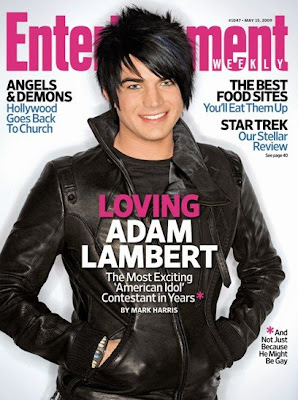 Yay. Our American Idol favorite Adam Lambert is a magazine cover boy. And it ain’t just any magazine too, it’s the freakin’ Entertainment Weekly. Our boy’s wearing a really nice leather jacket which looks fabulous on him. We’re not digging the emo hair though but we’re pretty sure his teen fans are lovin’ it. Go, Adam.