Adam Lambert Boyfriend, Underwear, and Shirtless Photos. We are updating this post to give you Adam Lambert underwear photos as well as to talk about whether he’s dating anyone at the moment. Apparently, he is not. If he is, he must be keeping it private because we haven’t heard of any. There were rumors a few months ago that he was seeing British singer Sam Smith but Adam clarified last February that the two ain’t an item although they did spend some time together when he was in London. Here’s a photo of the singers which sent the internet a-tizzy some months back. 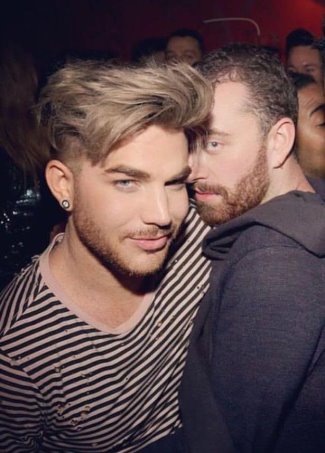 Meanwhile, our internet campaign to make Adam be boyfriends with Wentworth Miller did not bear any fruit at all. Well, we tried. Hehe.

Anyhoo, for those of you wondering about the Adam Lambert boyfriend list, whosdatedwho.com has some names for you:

Anyhoo, here are some photos for those of you who are looking for some Adam lambert shirtlessness. 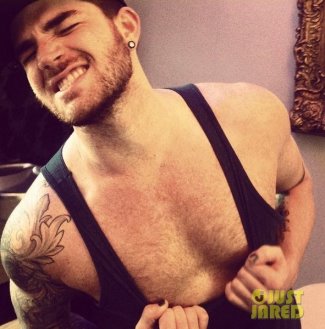 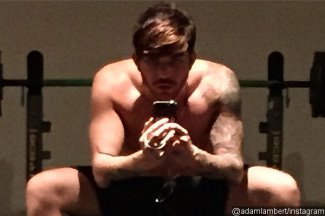 And check out these Adam Lambert underwear photos. Not surprisingly, these undies were gifted to him by some fans. 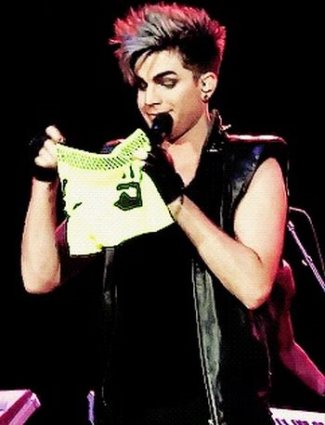 Who wants to see Adam in tight Versace briefs? We all do, don’t we? 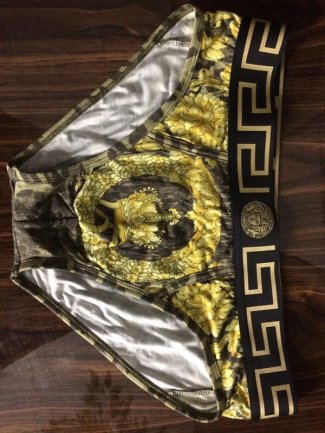 Adam Lambert Underwear: Grandpa Boxer Shorts. Posted 15 December 2009. We love you Adam Lambert. And we love the fact that you’re willing to show us your pink underwear and that it says “Don’t Judge Me”. Well, we’re not going to judge you because we love you and love does not judge but we are going to judge your underwear because you should have made a better choice. 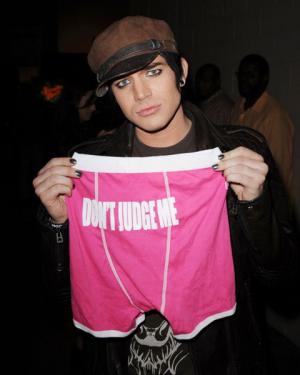 Why? Because that cut is so … we’re gonna say 1960s but those flower power kids really didn’t wear any underwear .. so we’re going to say that your undies is so like our granddaddy’s underwear. Seriously, it looks saggy and droopy and so unlike the youthful and kinda sassy Adam we like.

Anyhoo, next time you pick an underwear, may we suggest that you chose a tighty whitie like Israeli model Dudi Balsars or a long john underwear like Levi Johnston’s. So, there. We hope you don’t mind our telling you the kind of underwear you should have. Hehe. 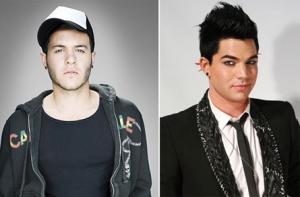 Famewatchers, meet Ferras Alqaisi. Ferras is reportedly the new boyfriend of our favorite American Idol Adam Lambert. The guy is cute Adam, but why is he giving us the Eminem vibe?

Anyhoo, Ferras is a singer/songwriter. Says a Star Magazine source who blabbed about Adam and Ferras:

“They have a lot in common, so I’m not surprised Adam started falling for him. Adam really dropped a bomb on Drake; I don’t think he suspected a thing!”

Drake, of course, is Drake LaBry, the interior designer who used to be Adam’s boyfriend.

So Famewatchers, do you think Ferras is a better partner for our Adam? Truth be told, we’re still hoping that Adam will hook up with Kris Allen. After all, we think we belong to the silly group of Kradam Bromance fanatics who are rooting for a Kris and Adam you-know-what. Those two are made to complete each other. Seriously :-)

Adam sings one of his new songs, Whataya Want From Me, during his guesting at The Early Show.

This song so reminds us why we love us our Adam Lambert. To answer your question Adam, we want you to be who you are and who you want to be. And we, of course, agree that you are no baby-sitter but a performer. You go, Adam. We love yah!