Adam Kinzinger Shirtless: Gay or Straight? Single or Girlfriend? Why are we not surprised that some of you are checking out Illinois Congressman Adam Kinzinger? The guy is young (at 36 years old), single (as far as we know), and is every inch a hunky hunk hunk. He’s apparently called the “Tom Cruise of Congress” which does not do him justice because Tom Cruise is, like, ewww in this day and age. It would be better is we call Adam the “Ansel Elgort of Congress”.

After all, Ansel is young, fresh, innocent, hunky, and has a big future ahead of him. [See Ansel Elgort Shirtless.]

Oh, by the way, we forgot to mention another positive quality of Rep. Kinzinger which makes him even more desirable: he was an air force pilot. Check him out in his flight suit: 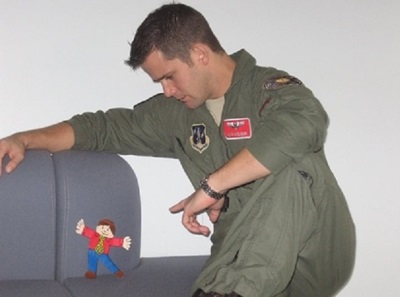 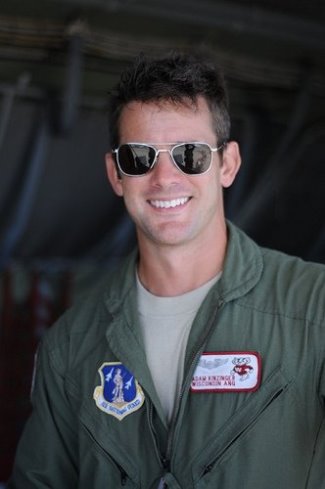 Oh, so now we know the reason why some are calling him the Tom Cruise of Congress? He does remind us of Maverick in Top Gun.

Is Adam Kinzinger Gay or Straight? Or maybe some people are calling Adam the Tom Cruise of Congress because the Republican Congressman, like Tom, is sometimes rumored to be gay? Wouldn’t it be cool if Congressman Kinzinger turns out to be a friend of Dorothy and gets gay-married in Illinois where same-sex marriage is legal? The heads of Republican extremists will explode for sure. 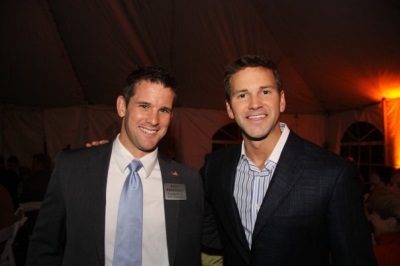 Anyhoo, as we mentioned in an earlier post when we paired him with Rep. Aaron Schock [see: Aaron Schock Boyfriend], the denizens of gayorstraight.com has given Kinzinger a “highly gay” rating. However, with more people casting their votes, the rating has been updated since our blog post and the legislator’s gaydar score is now “quite straight”:

So quite straight it is!

Adam Kinzinger Girlfriend. Does Adam have an Eve at the moment? Is he dating anyone? Did he bring a girl home to mama? We don’t know the Congressman’s current relationship status but he did bring a girl home a few years ago. Her name is Riki Meyers: 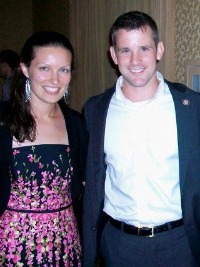 Adam and Riki planned a wedding together. But then they mysteriously called it off. From thehill.com:

“The wedding has been called off. This is an incredibly sensitive subject and both parties would appreciate privacy and respect over the issue,” said Kinzinger spokeswoman Brook Hougesen.

Kinzinger, 34, got engaged to fellow pilot, Air Force Capt. Riki Meyers, in December 2011. The two met in in pilot training, became good friends and then started dating, he told The Hill last year, when he was named to The Hill’s “The 50 Most Beautiful” list.

Sad, no? He also had a girlfriend named Megan but we can’t find any more info on her other than the fact that the two were “on” the first time our handsome lawmaker ran for Congress.

We hope Adam eventually finds the right Eve (or a Steve if that’s what he fancies) to tie the knot with. Please God, make it Aaron Schock. In our dreams, these hunky Congressmen tied the knot with the blessing of a Fox News douchebag: 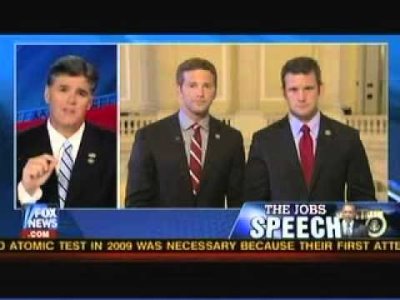 Adam Kinzinger Shirtless Photos. We can’t find any, unfortunately. Magazines are not doing their jobs because, by now, they should have convinced him to pose for them topless a-la Aaron: 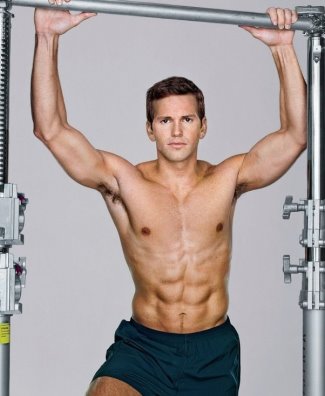 What’s up People, Mens Health Magazine, Esquire, and GQ? Get Adam to pose for you already!!!