Abercrombie Male Models: Underwear, Jeans, Shirt. You want more Abercrombie Male Underwear Models, don’t you? Well, consider yourself lucky because we are updating this post. Thank Alan Ritchson because, apparently, he was an Abercrombie model. Can you pick him out of the dudes wearing boxer shorts below? 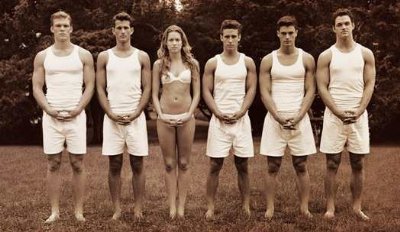 Here’s another one of Alan’s Abercrombie modeling pics. 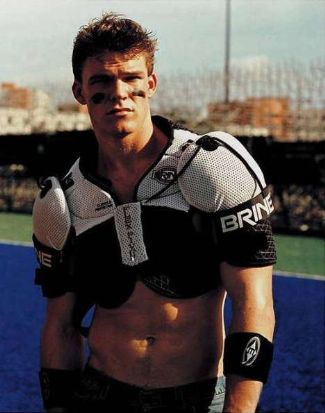 Now, for a modeling photo that is less dated, here’s a gorgeous boy model named Giovanni Bonamy. If you know where he is from, do tell us in the comments. Our guess would be he is Brazilian because all the beautiful male models we know come from Brazil. 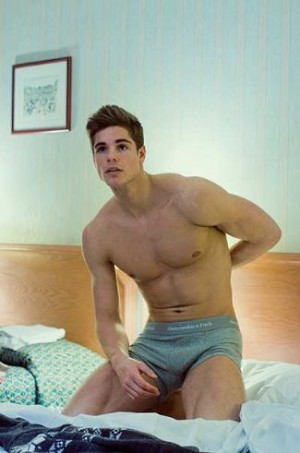 Who wants to have a pillow fight with gorgeous guy? Not us, we’d rather wrestle with him. Hehe. 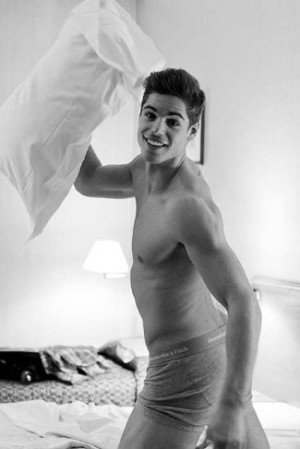 Recently, the Abercrombie powers-that-be sent their Abercrombie Male Models to Hong Kong to promote the brand and to pose in some swimming pool. Check it out. 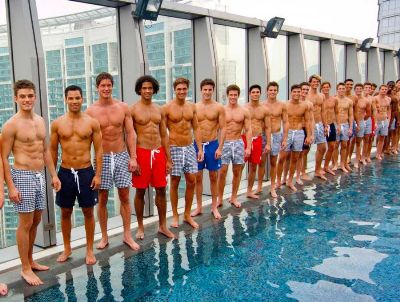 If we are from Hong Kong, we’d be offended by this pic. Can you find a single Asian model in this group? Nada. Sure, with some people of color in its model lineup, Abercrombie looks a little more diverse now (compared to when it was all about WASPy white college jocks) but don’t tell me they can’t find an Asian hunk who can model their undies!

But before we go ahead ogling at these guys, let’s first watch this MADTV parody of the “Abercrombie culture”. Go ahead, watch the video. It will make you less jealous of these models and celebrities who won the genetic lottery for gorgeous and beautiful people.

Do you know of any Abercrombie model who’ve gone on to become a bonafide Hollywood celebrity? We can name one: Chace Crawford of Gossip Girl. These photos are reportedly from an A&F photoshoot. 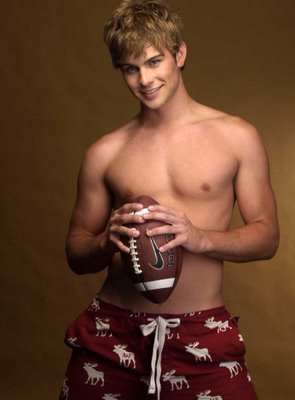 Another pretty boy who modeled for Abercrombie is this guy named Maxwell Zagorski. 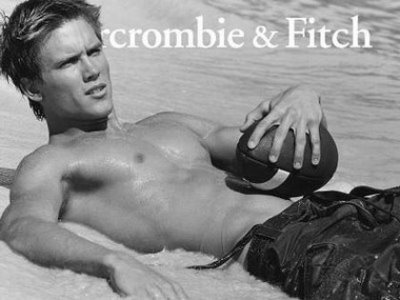 Here’s what we wrote about Maxwell when he first registered in our consciousness back in 2009: “Earlier, we were like “Hmmm. What if Cheryl Burke will hook up with her dance partner Gilles Marini?” Then we discover that she is actually dating this one hunky piece of a man: Maxwell Zagorski . He’s an Abercrombie model. Woof. Woof.” 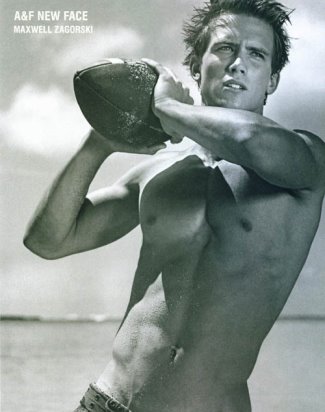 Another dude who modeled for Abercrombie and Fitch is Scott Eastwood (aka Son of Clint Eastwood). We’re not 100% sure but we think that this is one of his modeling pics for the brand. 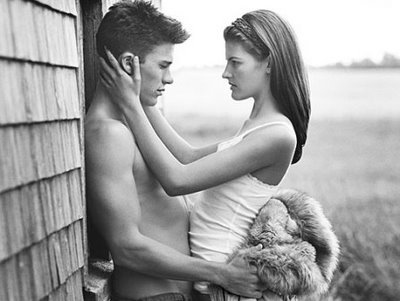 The next guy below, modeling a pair of Abercrombie jeans, is Austrian hunk Moritz Mitterbauer. Before he turned to the world of modeling, Moritz was reportedly a soldier in the Austrian army. 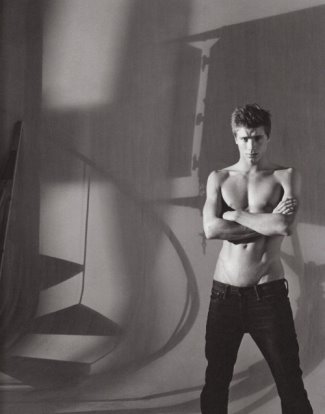 So he belongs to that list of elite group of soldiers-turned-male models/celebrities which includes marine-turned-model Charles Dera, another marine-turned-adult-film-actor David Bradberry, and the hottest soldier of them all, airman Prince Harry. Well, okay, Prince Harry really does not belong to this group but he deserves a mention just because…

Let’s end this post with a Canadian guy who obviously loves him his Abercrombie + Fitch shirt because his name is Pierre Fitch. He may not technically be a “model” but there’s no reason why not. [Google his name if you want to see his body of work. Hehe.]