Aaron Rodgers Shirtless Beach Dad Bod. Three years later, we are updating this post again to bring you our favorite shirtless photo of Aaron Rodgers, one of our favorite football players, who reportedly called it quits with girlfriend Danica Patrick.

Awww. That’s sad. They have been dating for some time and, according to reports, the two actually bought a Malibu beach house together last December. We wonder what went wrong? And who will get the beach house? It will probably go

But here’s our favorite shirtless pic of the Green Bay Packers quarterback. 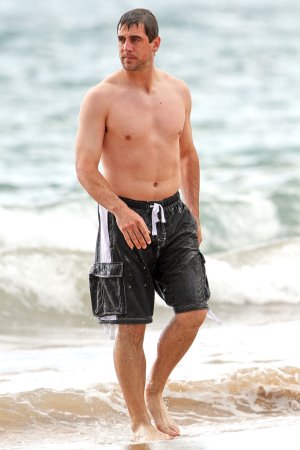 Want more NFL hunks? Check out our post on Chris Long shirtless. Now, here’s Aaron and Danica attending the ESPYS when they were still together. 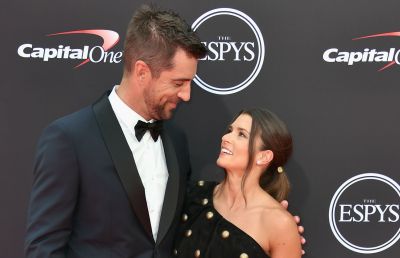 …..
Aaron Rodgers Shirtless Photos (1 June 2017). When we wrote this post seven years ago, we thought we’d never see an Aaron Rodgers shirtless photo. Turns out we were wrong. Here’s a shirtless pic of the Green Bay Packers quarterback: 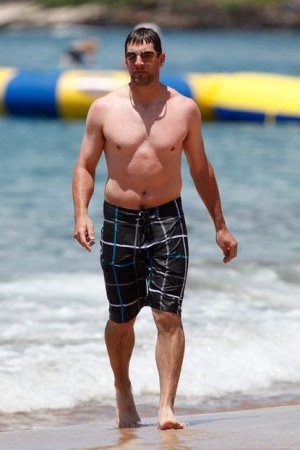 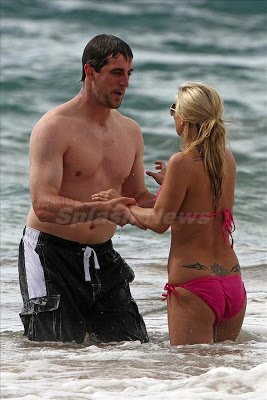 Aaron with most recent girlfriend Olivia Munn. They reportedly called it quits early this year. 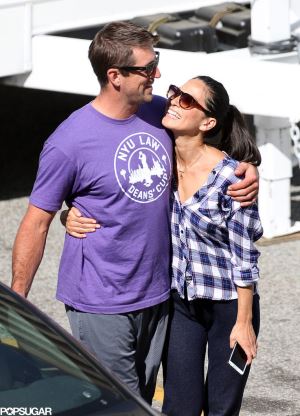 Aaron Rodgers Gay? A few years ago, back in 2013, some tabloids reported about what appears to be a falling out between the quarterback and his close friend, personal assistant, and roommate Kevin Lanflisi. 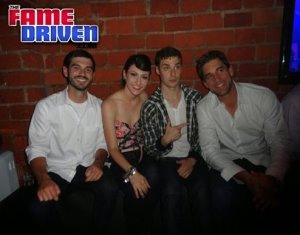 Kevin tweeted messages that seem to imply that Aaron and him were more than friends and roommates. For his part, Aaron denied that he is gay and that he likes the ladies rather than dudes. 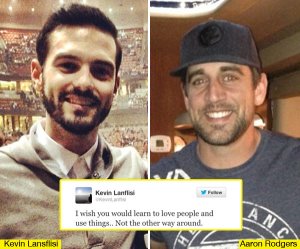 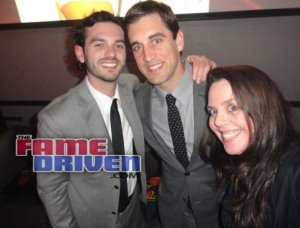 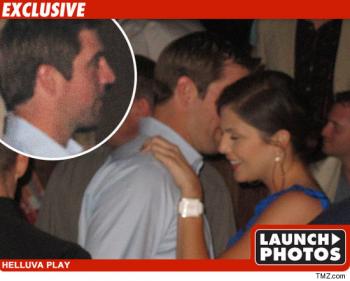 The pic was reportedly taken at the Vanity nightclub at the Hard Rock Hotel in Las Vegas. TMZ sources say the two were very “coupley” whatever that means. Touching, hugging, and kissing perhaps? Or does “coupley” mean wink wink wink and nudge nudge nudge. Ah, we’re getting silly. Anyhoo, what do you think, about these two dating? And are they really dating or are they just friends sharing a lovely night? We hope its the latter because we’d like to have the football quarterback for ourselves. Hehe. Silly us, as if that’s gonna happen.

Last year, he was reportedly to have dated this silly girl: 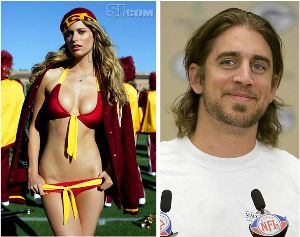 Who’s the bimbo? And why is she posing in her underwear? Is Aaron Rodgers dating her because of her underwear, that’s why she’s, like, showing it to us?

Well, it turns out that the bimbo is not just a bimbo. She is a model and an heiress too. Her name is Julie Henderson and she’s reportedly the granddaughter of Samuel Henderson who, according to her publicist (via Gawker), invented the Henderson grapefruit in the 1960’s and built an empire in Texas. We’re guessing that means you can think of Julie, being an heiress and all, as the Paris Hilton of the modeling world.

…..
Aaron Rodgers Shirtless Photos (19 April 2010). Hello googlers who are looking for Aaron Rodgers’ shirtless pics, we’re afraid these are the closest thing to shirtlessness we’ll ever see from the Green Bay Packers quarterback. Maybe he’s shy, maybe shirtlessness is not his thing, maybe he’s got an ugly tattoo, or maybe he’s got a big mole covering his chest? Whatever reason, Aaron is obviously not the shirtless kind of guy. 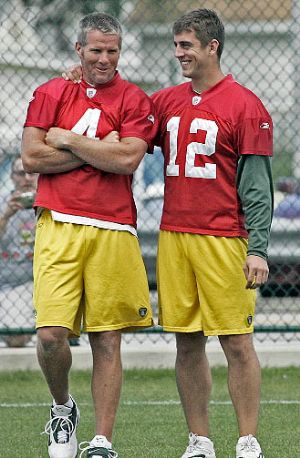 Aaron and Brett Favre sitting on a tree.