Aaron Paul Gay or Girlfriend, Shirtless, and Underwear Photos. Is Aaron Paul gay or straight? He is straight and married to wife Lauren Parsekian but, as you can see in the next photos below, the Emmy Award-winning Breaking Bad actor ain’t above some guy-on-guy kissy kissy action. 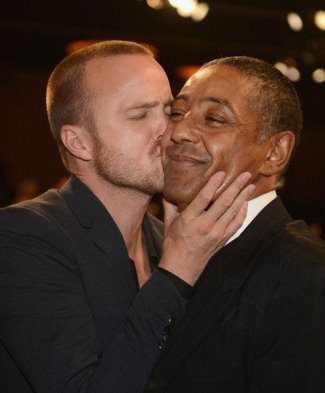 Above, our Aaron’s getting intimate with fellow Breaking Bad co-star Giancarlo Esposito. Below, he goes for the lips of a Bryan Cranston rubber mask while the real Bryan looks on the side. 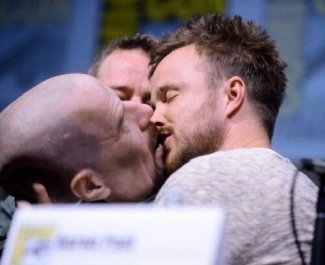 Of course, our Aaron also gets to kiss the real deal as you can see in the photo below. 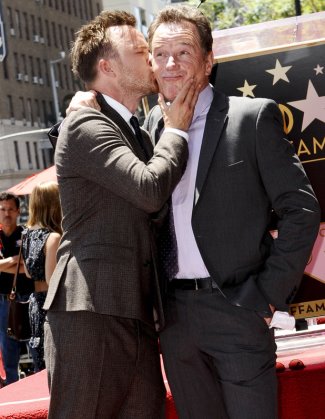 As we mentioned in the beginning of this post. Aaron is very much married. He tied the knot back in 2013 with Lauren Parsekia who is also in the biz. She is an actress and director according to IMDB. Here’s a photo of the happy couple taken during a red carpet event. 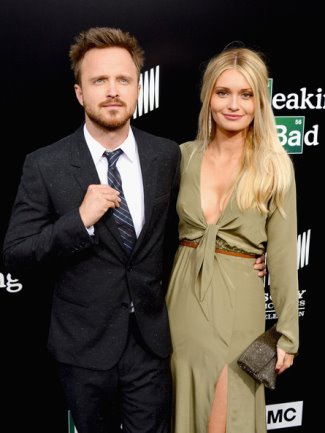 The two are expecting their first child according to a report from People Magazine: “Aaron Paul and his wife Lauren are expecting their first child, the actor announced on Instagram Tuesday. ‘Hey everyone. Look what I did,’ wrote Paul alongside a photo of Lauren, clutching her baby bump. Continued the actor, 38, ‘Words can’t express how excited I am that this little one has entered our lives. Just thought it was time I would share this beautiful news with all of you’.”

Aaron Paul Shirtless and Underwear Photos. This section is for those of you who are looking for Aaron’s shirtless pics. 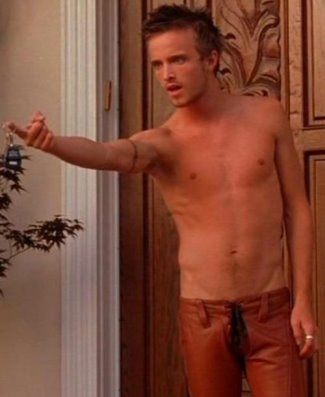 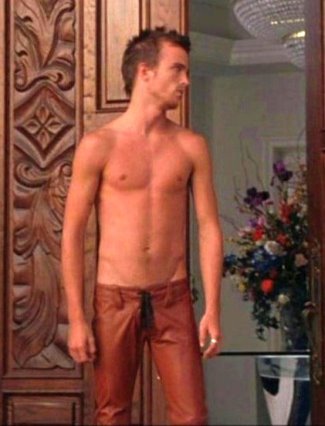 In bed with Bryan Cranston. For the record, we do not know whether this is photoshopped or not. 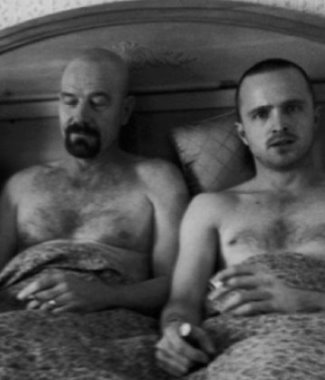 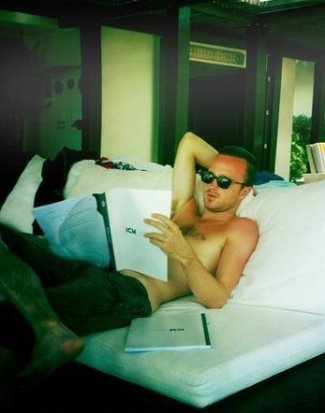 Unfortunately, we can’t find any photos of Aaron in his undies but some superfan morphed his head to a muscled dude and came up with this image. What do you think? 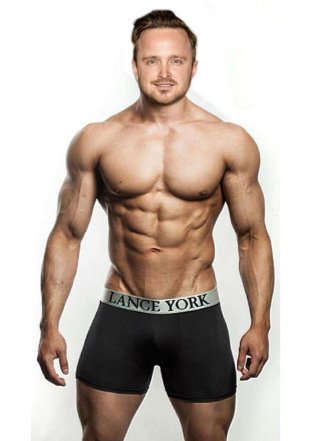