Aaron O’Connell Gay or Girlfriend? Underwear Model in Have and Have Nots. Look who’s rocking his denim-on-denim fashion? It’s model-turned-actor Aaron O’Connell. The handsome hunk appears to have smoothly transitioned from the world of modeling to the world of acting. To date, his biggest acting gig continues to be the role of Wyatt Cryer on The Haves and the Have Nots, one of the top raters of the Oprah Winfrey Network (OWN). 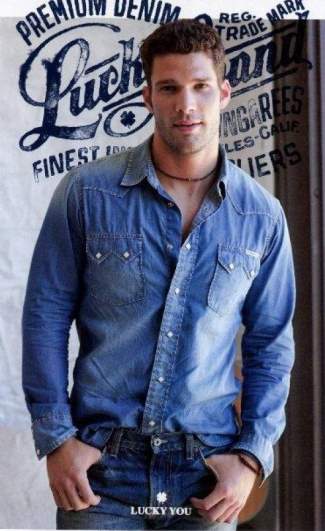 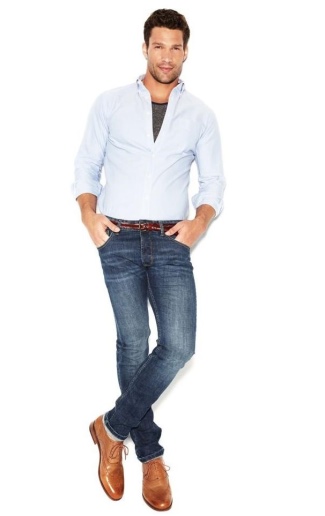 If you are looking for another Aaron modeling photo, check out our earlier post of him modeling Denver Hayes underwear. But wait, there’s more!!! Apparently, he headlined a D. Hedral underwear campaign in 2012. Wowza! 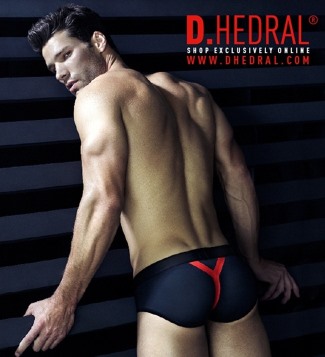 He sure rocks it as a male model, doesn’t he? 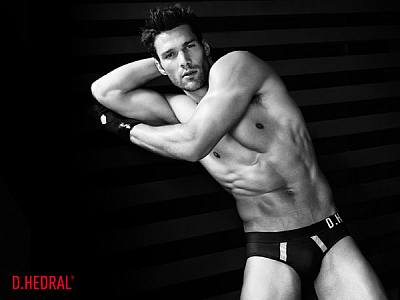 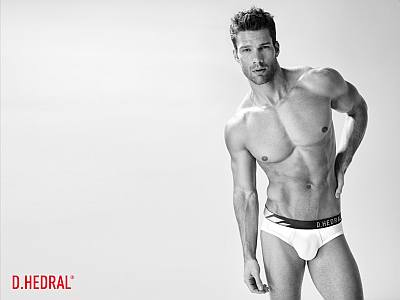 Anyhoo, back to Aaron’s acting career, during an interview with The Backlot, he talks how be was cast in his first ever gig as an actor:

Did modeling turn into acting or was acting always on the back burner for you?
I decided to come out here to Los Angeles and have the opportunity to do more acting and I ended up booking a few commercials and really enjoyed that and got into some acting classes…I shot a Liquid Plumber commercial and that’s actually where Tyler Perry saw me from…and he gave me a call and said ‘I’d love for you to read for this role that I’ve written for a show’ and I did the audition on Skype, which I’d never done before, went to LA and met him the following week and ended up being the first one they cast into the show. I’m still pinching myself.

Sadly, the third season of The Haves and The Have Nots is coming to a close. Fortunately, the show has been renewed for a fourth season so we will see more of Aaron (as Wyatt Cryer) when the show comes back this coming January.

Is Aaron O’Connell Gay or Straight? He plays a straight guy who doesn’t mind going shirtless and doing some “gay baiting”. Is he gay or straight in real life? Unfortunately, we don’t have the answer for you and our friends at gay-or-straight.com also have not weighed in on the question. However, considering that Aaron has had girlfriends, we think the answer is that he is as straight as an arrow.

Aaron O’Connell Girlfriend. He is rumored to have dated actress AnnaLynne McCord back in 2010. He also dated — and maybe still dating — Miss California and America’s Next Top Model contestant Natalie Pack. Let’s end this post with this fabulous of Aaron and Natalie, shall we? They sure look like a beautiful couple, no? 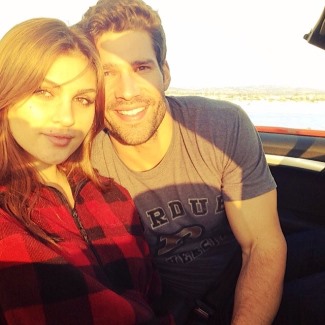 2020 Update: Turns out that Tyler Perry’s The Have and the Have Nots where Aaron is one of the lead characters has been a ratings winner for OWN TV so it has been renewed year after year. It just aired its seventh season from January to March this year and it is very likely that it will be renewed again.

Aaron for his part tied the knot two years ago with then-girlfriend Natalie Pack. The two got married in July 2018 somewhere in Italy. Here’s a photo from the wedding. 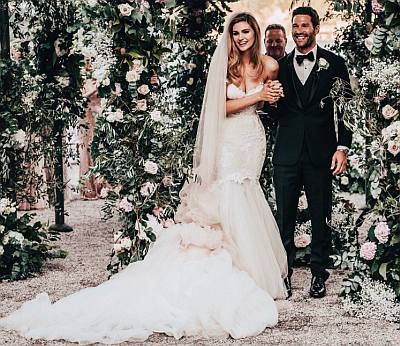