Aaron Altaras Shirtless, Gay in Real Life, Girlfriend or Boyfriend? Let us continue blogging about the German hunks starring on the upcoming Netflix series Unorthodox and, this time, let’s check out the gorgeous actor that is Aaron Altaras who, according to IMDB, will be playing the role of Robert.

This may be Aaron’s first English-language TV project (we’re presuming it’s in English but we may very well be wrong) but the 24-year-old actor has been in the acting biz as far back as 2004 and, to date, has a total of 16 acting credits to his name on IMDB. One of his previous projects is Mario about two football players who fall in love with each other. Here’s the poster from the movie showing Aaron with co-star Max Hubacher who played the title character Mario: 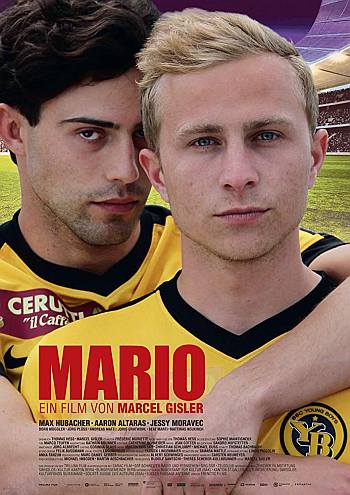 Aaron Altaras Shirtless Photos. He chucks off his shirt in this scene from the movie: 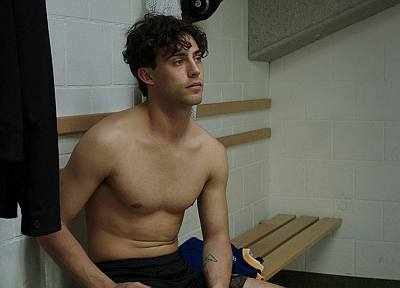 Shirtless Aaron in his boxer briefs underwear which we screencapped from the movie: 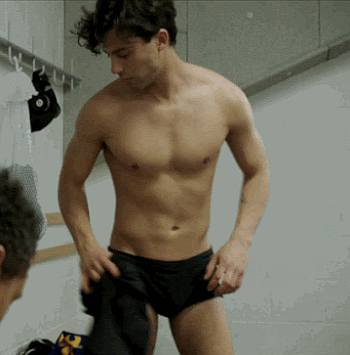 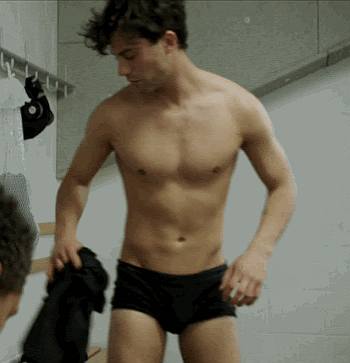 You wanna see his Mario co-star wearing no shirt too? Well, here’s a shirtless Max (leftmost), playing Mario Luthi, with some of his onscreen football teammates: 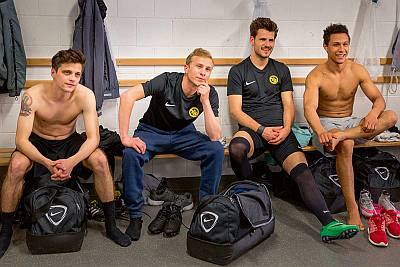 Another shirtless photo of Aaron which we grabbed from his Instagram page (follow him @aaronaltaras). This one’s from a photoshoot for Attitude Magazine: 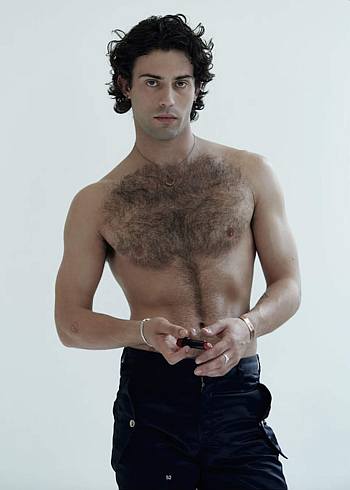 During his interview for Attitude Mag, he voice out hopes that the movie would be shown not only in art houses but in football stadiums as well and encourage football players to come out:

We’ve been in contact with a few clubs, and I hope this film can be shown at stadiums. Obviously, the film is going to reach an art-house audience, but it should reach football fans, too. We still have this idea of the macho, alpha cis male as a sportsman – which is f*cking b*llshit! Change has to come from the clubs because I think the majority of fans are willing to accept gay men in football, as long as they are good players.

Aaron Altaras Gay in Real Life? And does he have a boyfriend? What’s his relationship status? We find out in his interview with Attitude Magazine that Aaron is actually straight. However, he is a straight ally who advocates for the LGBTQ community.

As for his current relationship status, we admit that we do not know the answer now but we will update this post once we do have the information. For the time being, here are some GIFs of Aaron looking fabulous in the locker room: