Are these guys really this tall? Justin Bieber, who reportedly stands at 5 feet 7 inches (or 170 cm), would look like a dwarf compared to these boys.

Proof of 5SoS Height in 2014. Our friend Kevin is skeptical about the height of the members of 5SoS. Kevin says they can’t be that tall and that Luke can’t be 6’4″ because “it is almost NBA-height like”. So what do we do to prove that these boys are really six footers? The best way of checking out their reported height is to compare them with other celebrities whose heights are not debatable.

For instance, check out this photo of the 5SoS boys with American Idol host, Ryan Seacrest. Ryan is believed to be 5’7″ (170 cm) which is the reported height of Justin Bieber. Clearly, the boys are taller than Ryan, no? 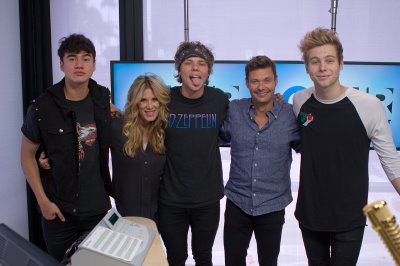 Meanwhile, here’s a photo of the 5SOS boys with rocker Dave Grohl who is known to be exactly 6 feet (183 cm). The boys sure look like they’re taller than him, right? So it does seem that the reported heights of the Aussie boybanders – from 6 feet to 6’4″ – check out. 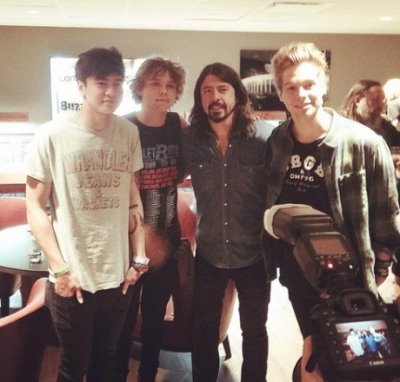 Let’s end this post with the Aussie boys showing off their grandma-style underwear. Haha. 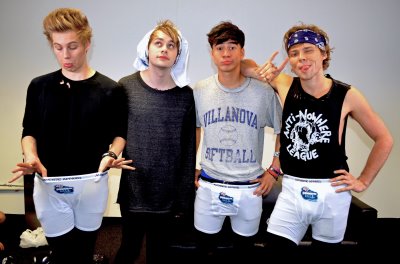