It supposedly lifts both your front making you appear more endowed than you really are and your back to give you the much-coveted bubble butt look. 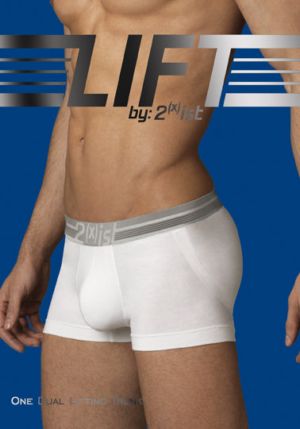 Check out how the double-lifting technology supposedly works. 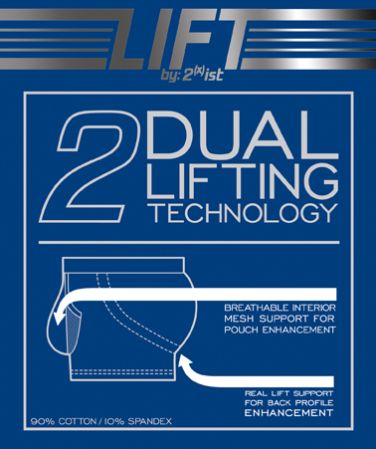 Of course, since it’s supposed to lift both your front end as well as your backend, here’s what it looks like from the rear. 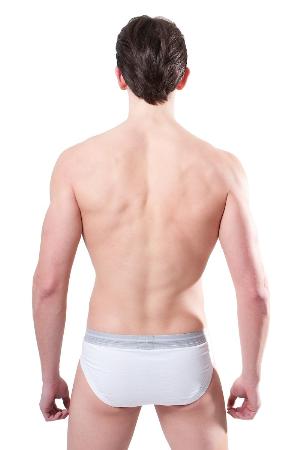 To be honest, we’re kinda not impressed by how it looks like from the backend because there doesn’t appear to be any J-Lo “bubble butt” effect but its really the angle of the camera that’s the problem.

Anyhoo, for those of you who are wondering about whether the 2xist Lift Underwear is any good or whether it does the job as advertised, we looked at some reviews on amazon.com where the opinion is kinda divided.

One says it’s cool and comfortable: “Comfortable and looks really good too. No ride up or crunch! Nice cotton fabric too. Highly recommended.”

While another had something to fault: “I did not like these.. I wear medium in everything but these are small…other than that the pouch and all are great but order a bigger size than you wear!!!”

Since we have no need for this kind of underwear ourselves we, unfortunately, can’t give you our own review.

Those of you who have a pair of this in your closet might want to share in the comments whether you are satisfied with it or not. Tschuz!